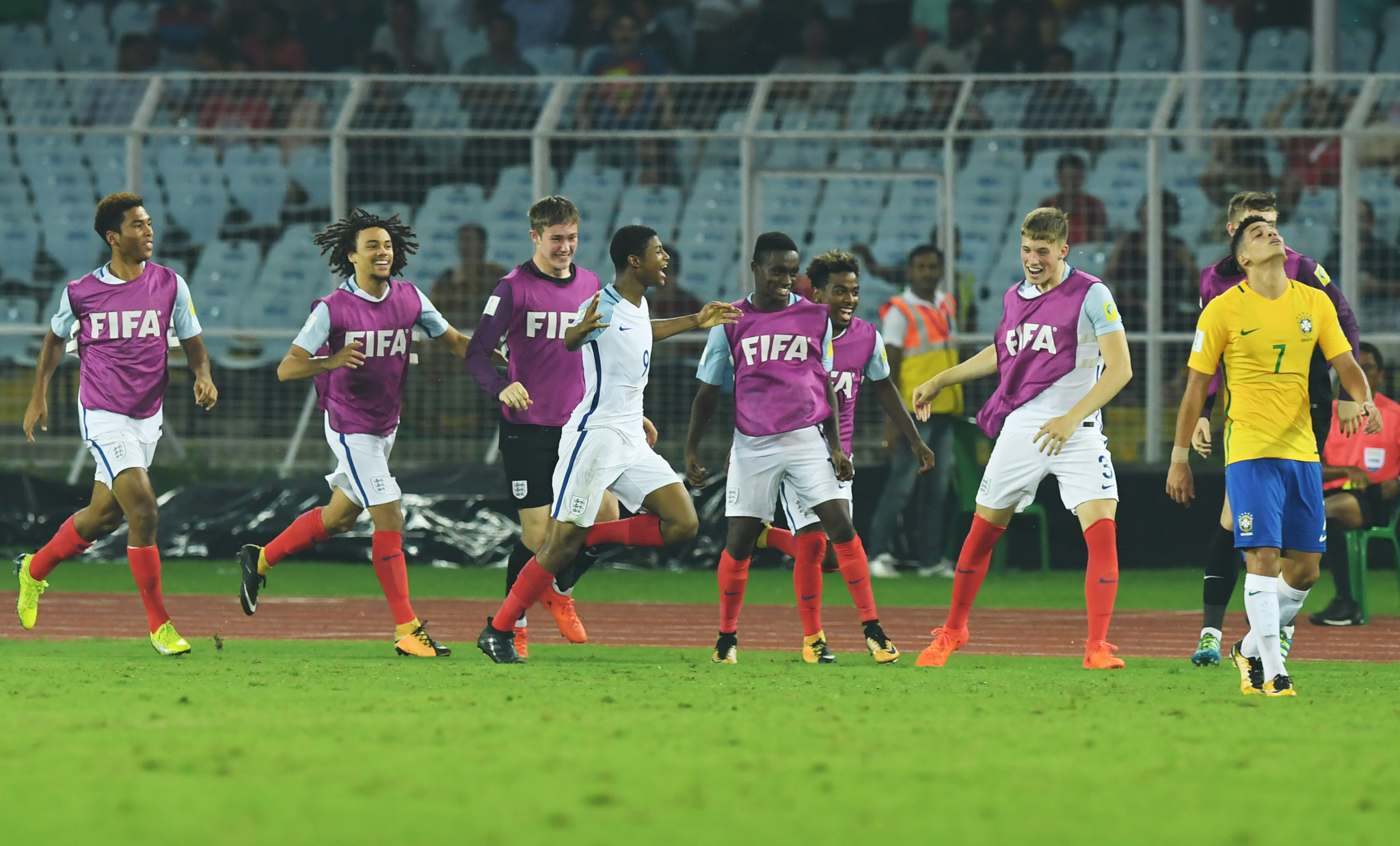 A second hat-trick in as many matches from Rhian Brewster led England into the final of the FIFA Under-17 World Cup in India.

The Liverpool youngster scored all three in a 3-1 victory over Brazil at the Vivekananda Yuba Bharati Krirangan in Kolkata.

FIFA moved the match from Guwahati to Kolkata due to poor pitch conditions at the Indira Gandhi Athletic Stadium.

However, there were was nothing damp about the contest as the Three Lions twice took the lead through Brewster.

He opened the scoring just ten minutes in, finishing off Callum Hudson-Odoi’s cross on the rebound.

Brazil restored parity in between Brewster’s first-half brace, equalising through Wesley on 21 minutes, after England goalkeeper Curtis Anderson could only block Paulinho’s powerful strike into the goalscorer’s path.

England were back in front just before the break, with Brewster scoring his tournament-leading sixth goal from Steven Sessegnon’s cut-back.

Brewster then sealed England’s passage into the final with his third goal of the game, as he converted a low cross at the far post from substitute Emile Smith Rowe.

Awaiting England are Spain in what will be a repeat of the UEFA European Under-17 Championship final, which the Spaniards won earlier this summer.

Spain booked their place in the final after they saw off Mali 3-1 at the Dr DY Patil Stadium in Navi Mumbai.

Two goals from Abel Ruiz, and another courtesy of Ferran Torres were enough to prevent the African champions from reaching back-to-back finals.

Captain Ruiz opened the scoring after he converted from the penalty spot after Cesar Gelabert was fouled.

Gelabert again was the instigator for Spain's second, feeding Ruiz with a superb pass to see him finish past the keeper from 20 yards.

Mali came desperately close to halving the deficit when Cheick Oumar Doucoure rattled the bar, but a slick move at the other end saw Ruiz and Sergio Gomez combine before Torres fired home.

Hope glimmered for Mali when Lassana N’Diaye slotted home with 15 minutes to go, but Spain held firm to reach the tournament finale.