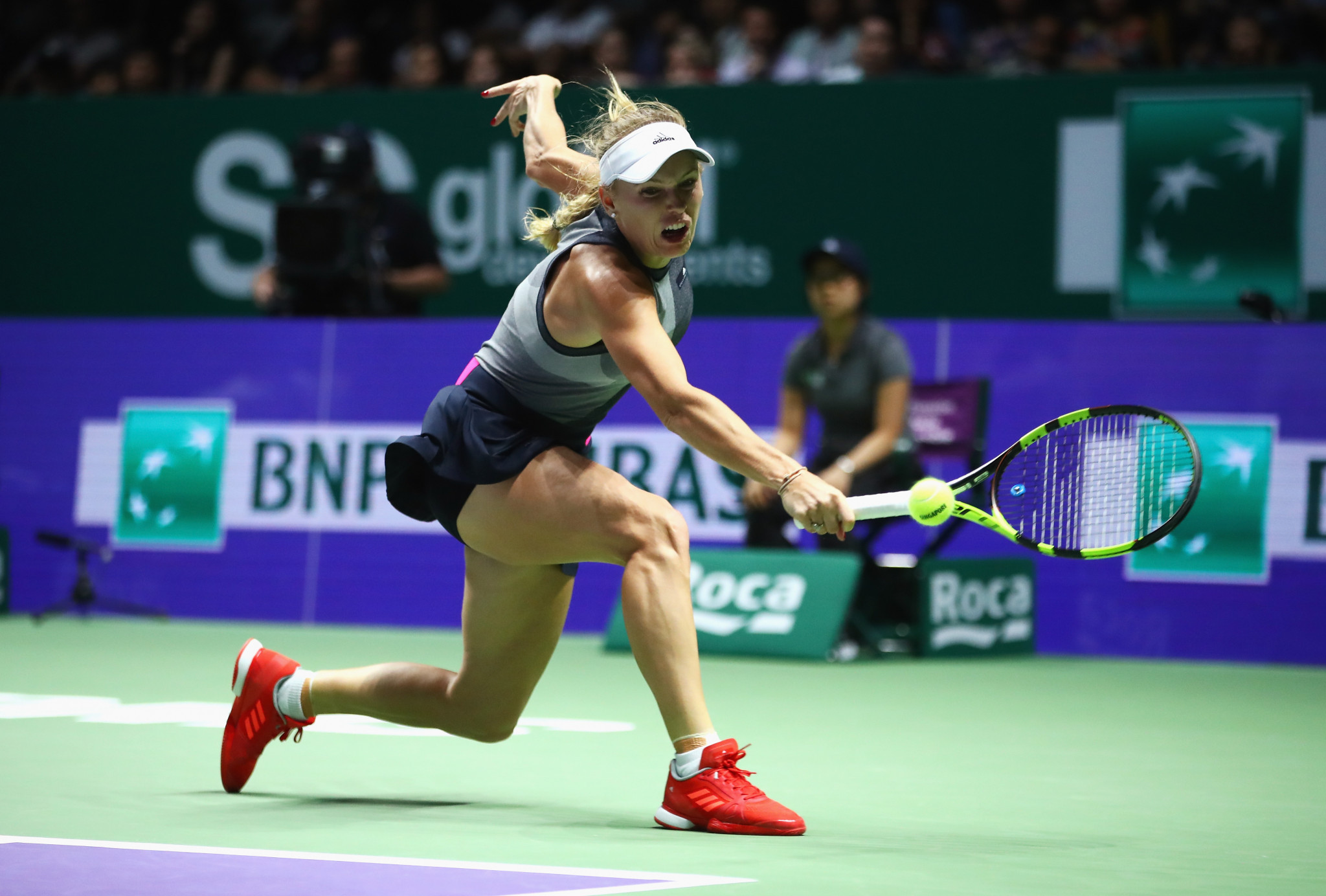 Caroline Wozniacki became the first player to secure her place in the semi-finals of the Women's Tennis Association Finals in Singapore, after she cruised past world number one Simona Halep.

The Danish star continued her form from her opening match of the tournament when she lost just two games to Ukraine’s Elina Svitolina in a comfortable straight sets win.

Halep was unable to turn the tide in the second set, with the Romanian ultimately falling to a 6-0, 6-2 loss to her rival, having been broken five times in the match.

The victory placed Wozniacki top of the red group, with the emphatic nature of her victories meaning she could not be caught by two players, prior to the later match between Svitolina and France’s Caroline Garcia.

Garcia faced the prospect of elimination from the tournament after losing the opening set on a tie-break to Svitolina.

The world number eight, the lowest ranked player at the season ending tournament, was able to fight back in the second set to level the score.

Garcia was able to maintain the momentum in the third by clinching a crucial break of serve, before sealing a 6-7, 6-3, 7-5 victory.

The result ensures Garcia, Halep and Svitolina all remain in contention to join Wozniacki in the semi-finals.

Despite losing both her opening matches Svitolina could finish second in the group should she beat Halep in straight sets on Friday (October 27).

She would also require Wozniacki to beat Garcia to stand a chance.

Garcia would win the group if she overcomes Wozniacki and Svitolina triumphs over Halep, although the French player cannot finish second under any circumstances.

Halep has qualification in her own hands, with the world number one knowing she will be assured of a place in the last four should she beat Svitolina.

Czech star Karolína Plíšková is assured of a semi-final place after two wins, but she will aim to secure top spot when she plays Latvia’s Jelena Ostapenko, with the French Open champion unable to advance after consecutive defeats.