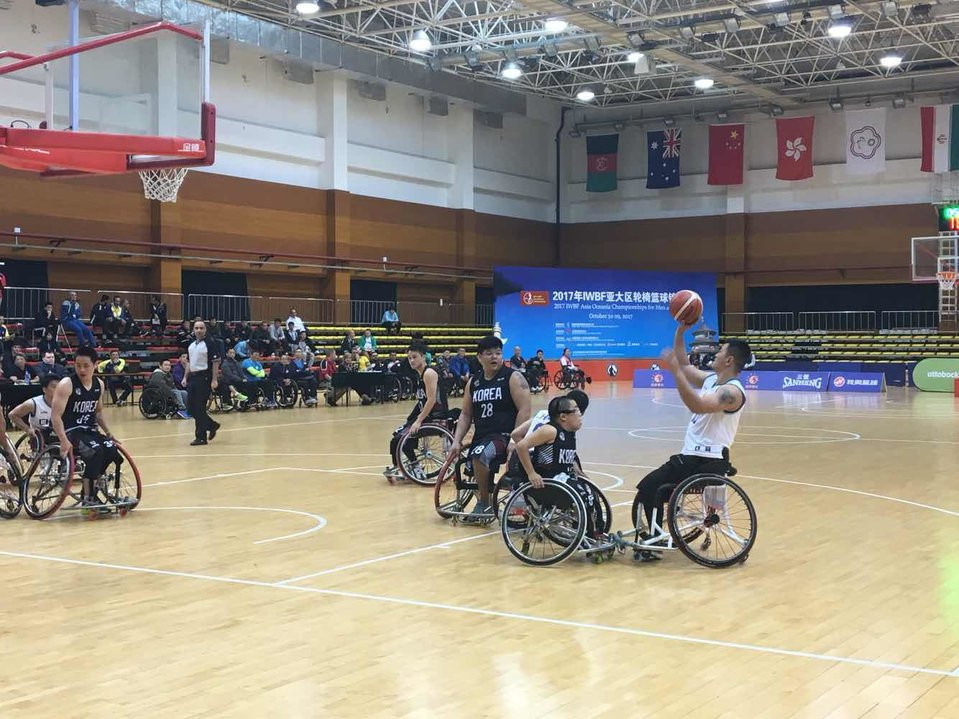 The Koreans silenced the Chinese Paralympic Training Venue in the opening match of today's play.

They collected a 67-51 win to maintain their unbeaten record in Group D.

Elsewhere in that group, the United Arab Emirates were 56-41 winners over Afghanistan to claim their first victory of the tournament.

Japan, the 2015 bronze medallists, continued their unbeaten Group B record with a 107-12 demolition over Hong Kong.

Iran continued their attempts to go one further than in 2015 with a 89-62 win over Thailand in Group C.

New Zealand clinched their first win of the tournament after overcoming Saudi Arabia 51-41.

In the women's event, hosts China lifted the crowd following the men's disappointment earlier in the day.

They defeated Japan 50-40 to remain undefeated.

Teams are battling to secure places at next year’s World Championships.

The four semi-finalists in the men's event will secure a ticket to the 2018 World Championships, scheduled to take place in Hamburg next year from August 17 to 26.

With only two spots available at the World Championships for the women’s teams, Australia, Iran, Japan and hosts China will play a round-robin to determine semi-final placings with the victorious sides ensuring their passage to Hamburg.