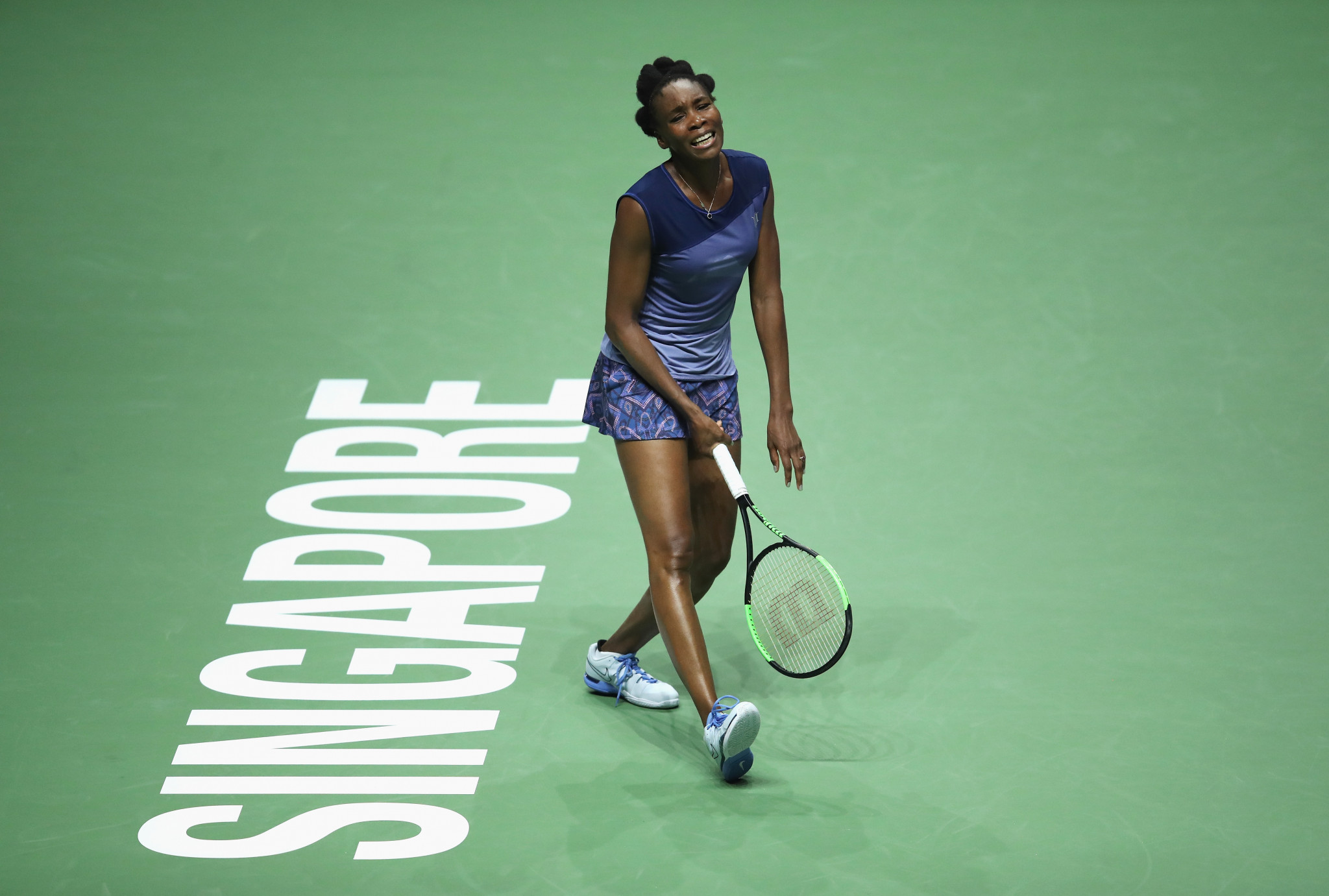 Fifth seed Venus Williams battled to her first victory over an opponent 17 years her junior at the Women's Tennis Association Finals in Singapore today.

United States' former world number one was forced to dig deep, however, before overcoming Latvian opponent Jelena Ostapenko at the Singapore Indoor Stadium in the end-of-season tournament.

A see-saw contest stretched over three hours as Williams edged the first set, 7-5, before losing the second 3-7 in a tie break.

The 37-year old then required all of her experience to win the decider 7-5.

It made amends for Williams' 6-2, 6-2 defeat to third seed Karolína Plíšková of Czech Republic in her first match in the White Group.

"It's not easy to lose the first match. you have to fight, what else can you do except try to fight and live another day," said the seven-time Grand Slam singles champion.

"Honestly, it was all credit to her [Ostapenko], she came up with a lot of shots that you can't prepare for and that's why she's here in this tournament.

"She has a lot of talent and I was just happy to win that last point."

Ostapenko, the 20-year-old winner of the French Open this year, is now on the brink of elimination after losing her opener to Spanish second seed Garbiñe Muguruza.

She swept past Muguruza 6-2, 6-2 to ensure she will finish top of the group and progress to the semi-finals.

A second round of matches in the other Red Group will take place tomorrow.