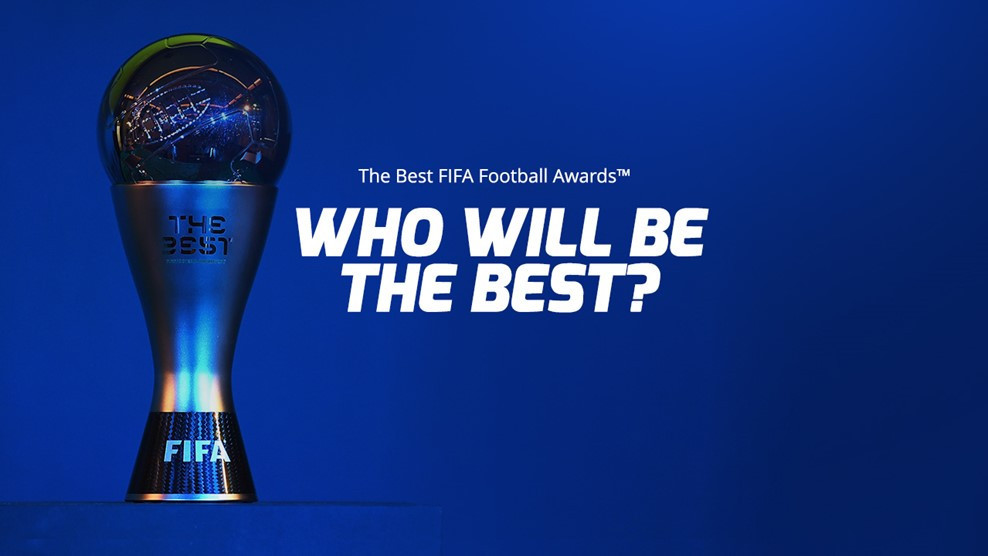 Cristiano Ronaldo, Lionel Messi and Neymar will go up against each other for the men's prize at this year's Best FIFA Football Awards, due to take place in London tomorrow.

Ronaldo was the recipient of the inaugural Best FIFA Men's Player Award and has enjoyed another brilliant year.

In addition to winning the Spanish league and the FIFA Club World Cup last term, the Portuguese added another UEFA Champions League crown.

In the running for the Best FIFA Women's Player Award at the London Palladium Theatre is Venezuela's Deyna Castellanos.

Carli Lloyd of the United States was crowned the inaugural Best FIFA Women's Player in 2016 after yet another successful year.

Voted Player of the Tournament, which was held on Dutch soil, she scored three and added two assists.

Italians Massimiliano Allegri and Antonio Conte are joined by Frenchman Zinedine Zidane in the race for the Men's Coach award.

Allegri guided Juventus to a league and cup double, their third Coppa Italia and sixth Serie A in a row.

Sarina Wiegman led The Netherlands to the UEFA Women’s Euro 2017 title and has been shortlisted for the Women's Coach awards.

The Dutch team defeated Denmark in the final and their leader, Nils Nielsen has also been shortlisted.

Gerard Precheur completes the nominees after he guided Lyon to the "double-treble", retaining the league, cup and Women's Champions League.

Castellanos has also been shortlisted for the Puskas award for the best goal of the year.

She scored from the halfway line directly following Cameroon’s stoppage-time equaliser to secure all three points for her team at the Under-17 Women’s World Cup.

Also nominated is French striker Olivier Giroud with a scorpion kick to finish off a swift counter attack for Arsenal.

South Africa's Baroka goalkeeper Oscarine Masuluke is the third nominee after he scored a stoppage-time equaliser with a bicycle kick in his country's Premiership.

There is also a Fan Award with the supporters of Germany's Borussia Dortmund, Celtic of Scotland and Denmark's FC Copenhagen all nominated.