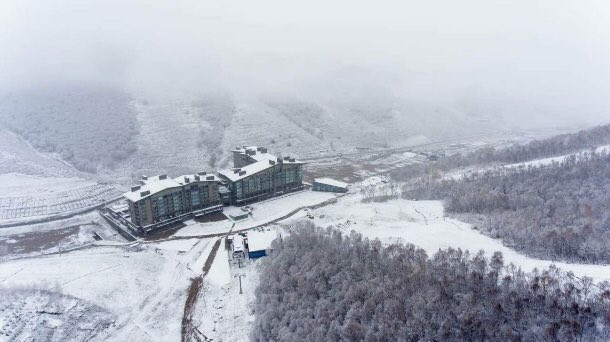 Ground has been broken on four venues located in in the Zhangjiakou cluster that will be used during the Beijing 2022 Winter Olympic and Paralympic Games.

The Zhangjiakou zone, with a total of eight competition and non-competition venues, will host skiing and biathlon competitions.

Building work is underway at the Nordic Centre and Biathlon Centre as well as at two sites at the Genting Snow Park.

The design of the high-speed trains which will link Beijing with Zhangjiakou during the Games were unveiled earlier this month.

CRRC Changchun Railway Vehicle Company confirmed the trains, which have been specifically designed for use at the Winter Olympics, would have an athlete drug testing area.

The carriages will also be fully equipped with wi-fi and would include television screens showing live coverage of the action from the Games.

A dedicated media carriage will be installed on the trains to allow journalists to work while making the 194 kilometres journey between the two competition zones.

It is claimed it will reduce journey times from around three hours to one hour.

A 53.2km extension to the Beijing-Zhangjiakou high-speed railway network is also under construction to include Hebei's Chongli District, the location for freestyle skiing and biathlon.

The branch to Chongli will add around 25 minutes to the journey.

The extension is also due to be finished in 2019.