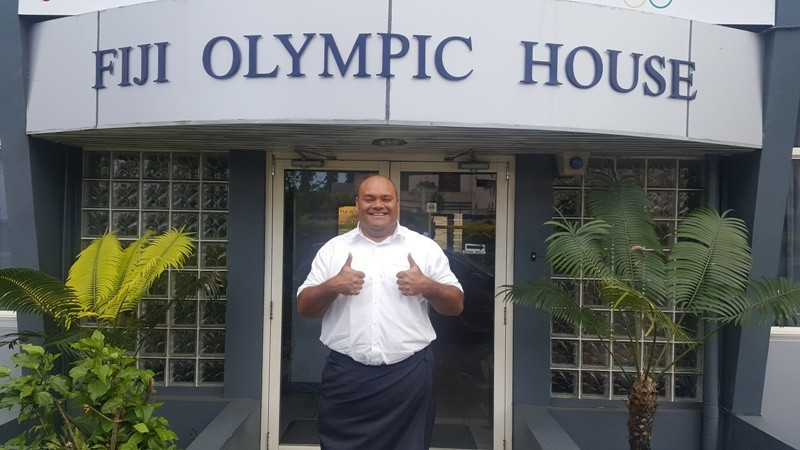 Daniel Julian Savua won the jackpot and said afterwards he was "in a bit of a shock".

It was the first time Savua has won a prize of any sort in the lottery.

"I did not realise that when FASANOC called about me winning something that it was actually the major prize," he said.

"I thought it was one of the other prizes like a laptop or one of the trips.

"This is probably the third or fourth time that I have bought tickets but it is the first time for me to win and what a way to win.

"I have a few ideas of what we want to do with the money.

"One is to just share it among the family."

Savua and his family have supported Karate Fiji and said the Lottery is not about winning but supporting sports in the country.

"My family is close friends with the Lenoas who have been participants in Karate Fiji and we have always been involved in their competitions and fundraising," he said.

"So this is just another part of supporting and contributing to them because it was not only about buying tickets but supporting karate in Fiji.

"Thank you very much to FASANOC for organising this great draw and it is has always just been great to get behind sports in the country and karate in particular."

Elizabeth Maki won a laptop and printer in the Lottery, which helps fund sport in Fiji.

Maki said being part of the Fiji Amateur Body Building Association is what prompted her to buy tickets for the first time.

"It was good to have won, I mean I was shocked that I even won anything because I usually do not win anything when it comes to lotteries," she said.

"It was really last minute for me when I bought the books and I recently bought a new laptop and now I have won another one so it feels good.

"I am part of the Body Building Association and that was one of the major reasons I wanted to contribute to FASANOC."

Fiji celebrated their first-ever Olympic medal at Rio 2016 - the gold in the men's rugby sevens tournament.