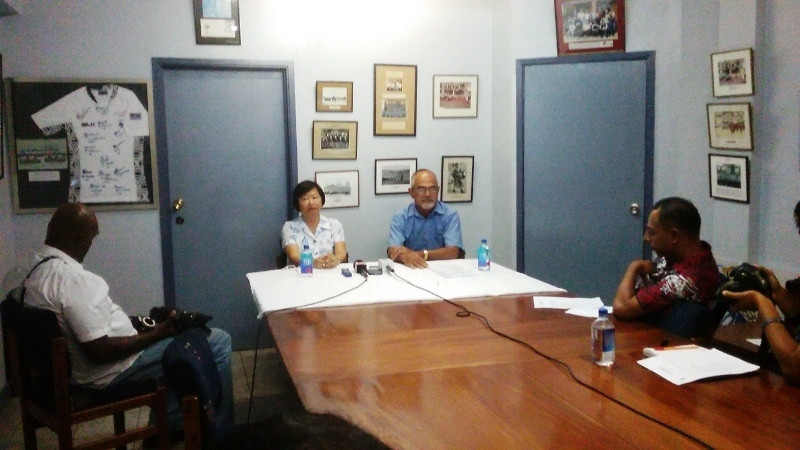 The Fiji Association of Sports and National Olympic Committee (FASANOC) are set to hold discussions over the qualifying criteria for their athletes to the Gold Coast 2018 Commonwealth Games.

Patrick Bower, who will serve as Fiji’s Chef de Mission for the Games, stated that fair selection criteria needed to be agreed and made clear to athletes.

Team managers are set to be selected in the build-up to the multi-sport event, with Bower claiming they will need to have the leadership qualities to boost athletes.

Bower also believes the Games could offer major benefits to athletes when they return home from competition.

"Going to the Commonwealth Games is no easy task and we have a lot of work to do before we can go," he said.

"We're building into the lives of athletes who will become our leaders for tomorrow."

Fiji sent a team of 26 athletes to the Glasgow 2014 Commonwealth Games, where they were represented in six sports.

Apolonia Vaivai secured the country’s only medal of the Games, earning a bronze in the women’s 75 kilogram weightlifting competition.

FASANOC chief executive Lorraine Mar has stated the organisation will look to use the media to provide information on the selection criteria.

"This is the first time that we will be using the media to get that information or selection criteria out to the athletes so that they understand what they have to achieve in order to make the Fiji team," she said.

The Commonwealth Games are due to take place in Gold Coast from April 4 to 15.

In total, around 6,600 athletes and officials are expected to attend the Games.

Chef de Missions from the competing nations are set to visit Gold Coast this week for a series of meetings in the build-up to the multi-sport event.