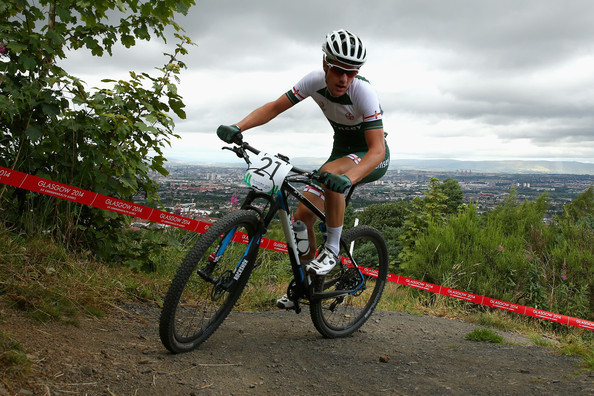 Guernsey has selected its first seven athletes for next year's Commonwealth Games in the Gold Coast.

The early selections include four cyclists - Tobyn Horton, James McLaughlin and Karina Jackson, who will compete in the road races, and mountain biker James Roe.

McLaughlin placed 10th at the Commonwealth Games time trial at Glasgow 2014, the highest placed rider not competing for a WorldTour team.

It earned him a professional contract with Madison Genesis the following year.

Roe, meanwhile, won the gold medal in the Island Games in Gotland in Sweden earlier this year.

The other three selected by the Channel Island include 20-year Cameron Chalmers.

Chambers helped Britain win the gold medal in the 4x400 metres at the European Under-23 Championships in Bydgoszcz and was selected for the International Association of Athletics Federations World Championships in London but had to withdraw injured.

The remaining two selections are boxer Billy Le Poullain, who competes in the welterweight division, and triathlete Josh Lewis.

"Starting to select athletes the Games are really starting to become real, congratulations to these seven athletes who have achieved the A-standard and earned their place in the Team," said Guernsey's Chef de Mission Garry Collins.

Guernsey is hoping to send 33 athletes in nine sports to Gold Coast 2018.

Besides the sports already selected, they also hope to be represented in badminton, bowls, shooting, squash and swimming.

The remaining team is due to be selected in November.

Guernsey made its debut in the Commonwealth Games at Edinburgh in 1970.

Since then, they have won a total of six medals, including one gold.

That was won by shooter Adrian Breton in the rapid-fire pistol at Auckland 1990.