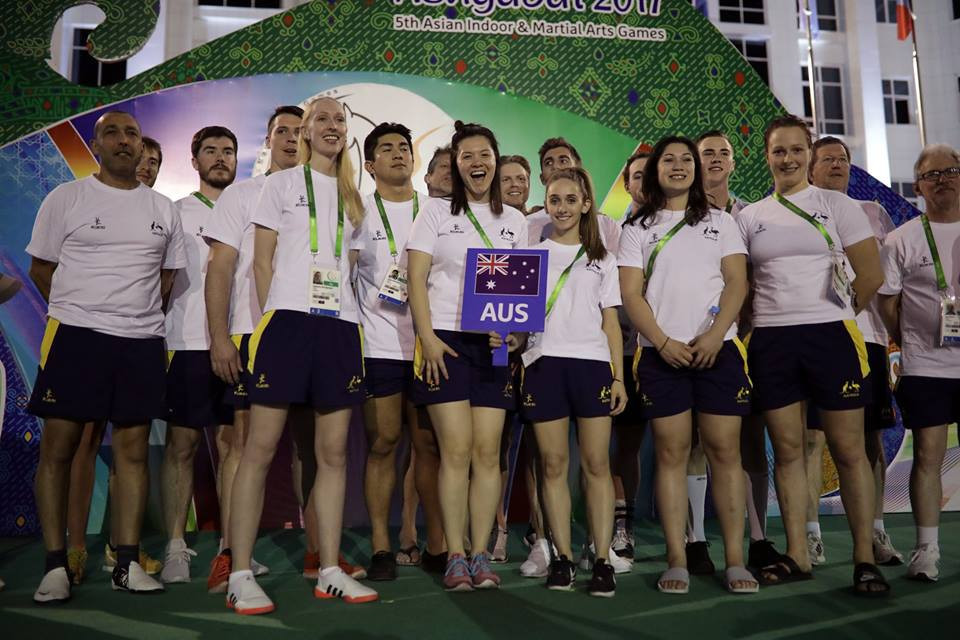 Fiji Association of Sports and National Olympic Committee (FASANOC) chief executive Lorraine Mar is among the officials to have paid homage to Oceania's participation at the 2017 Asian Indoor and Martial Arts Games (AIMAG), which concluded here in Turkmenistan's capital today.

A total of 19 of the region's National Olympic Committees accepted invitations from the Olympic Council of Asia (OCA) to send teams to Ashgabat.

The Turkmenistan Organising Committee covered the costs of teams travelling to the AIMAG, with a combined total of around 250 athletes from Oceania taking the opportunity to compete against the best from Asia in 11 different sports.

"We really have to thank the Turkmenistan Organising Committee and the Olympic Council of Asia," Mar, who is also the secretary general of FASANOC, said.

"Our athletes that competed in these facilities were able to raise their own standards because we don't have these kind of facilities in Fiji.

"It's been a really good initiative to create greater co-operation between Oceania and Asia and if more of that could happen, it would be a great."

Terry Sasser, the secretary general of the Marshall Islands National Olympic Committee, said there had been multiple benefits for the Oceania athletes that competed at the AIMAG.

"We came here for the competition because we don't get it much in the Pacific," he said.

"And obviously the facilities and the hospitality and organisation is as good as you can get.

"This is at an Olympic-quality level and they could host an Olympics tomorrow with what they have here."

The OCA and Oceania National Olympic Committees have been working together to foster more competition and co-operation between the two regions with the initiative now bearing fruit.

Oceania were first invited by the OCA to compete at the 2017 Asian Winter Games, held in Japanese city Sapporo in February, but were ineligible to win medals.

They were allowed to compete for medals at the AIMAG, however, and four countries succeeded in making it on the podium.

Fiji were the strongest performing Oceanian nation at Ashgabat 2017 with one gold and one silver.

Marshall Islands were the next highest-ranked country with one silver, while Australia claimed two bronzes and Samoa secured one bronze.

Federated States of Micronesia sprinter Alvin Martin claimed all the athletes were amazed at the quality of the facilities in Ashgabat and the cultural experiences they shared with other teams during their stay.

"This place is like paradise, that's the only word I can use to describe it," he said.

"The facilities for the athletes at the Village and in the training areas are fantastic, even the starting blocks there are brand new.

"There are no indoor tracks where we are from so this is the first time we've ever trained indoors."

One Oceanian nation that did not compete at Ashgabat 2017 was New Zealand.

A spokesperson for the New Zealand Olympic Committee told insidethegames that having canvassed its members, it was found that the Games "did not fit within their existing performance plans and available resource allocation".

"We are currently focused on preparing our teams for the Commonwealth Games, Youth Olympic Games and Olympic Winter Games in 2018," the spokesperson added.