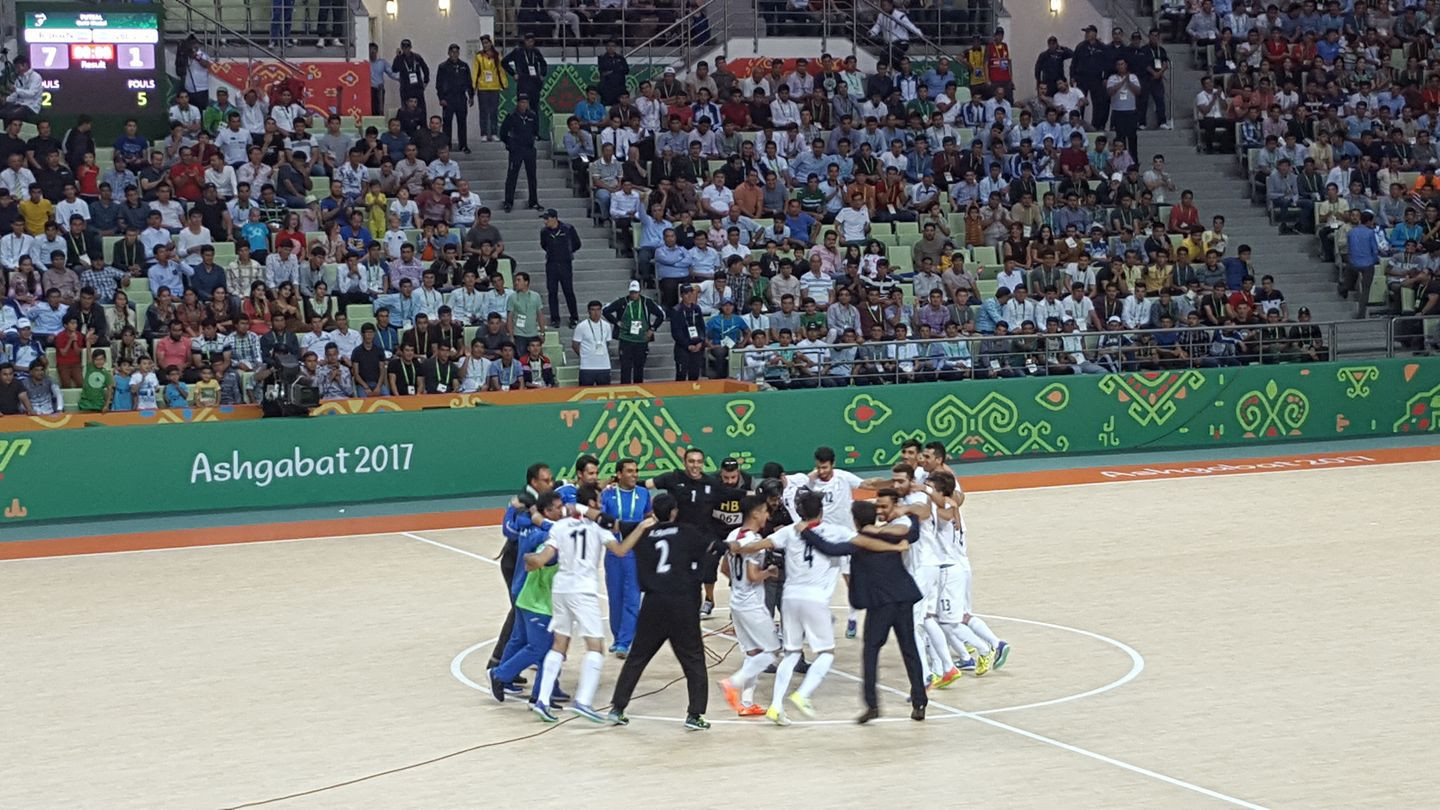 Mahdi Javid scored four of the Iranians' goals as they claimed a 7-1 win in front of a jam-packed crowd.

Ali Asghar Hassan Zadeh Navlighe also contributed with a brace, while Hamid Ahmadidazaj got in on the act as well.

Uzbekistan never really looked like making an impact on the game and although substitute Davron Choriev cut Iran's three-goal lead to two in the 29th minute, their opponents were soon out of sight once more.

Victory capped off an extremely impressive overall display from Iran, who scored 58 goals and conceded just 11 on their way to winning all five of their matches in the tournament.

Earlier in the bronze medal match, Japan beat Afghanistan 3-1 on penalties following a 1-1 draw after extra-time.

Daimu Yazawa saved Afghanistan's first attempt, denying Akbar Kazemi, and although Ali Jafari found a way past him it was not long until Hashimoto settled matters.

Kazemi had put his country into the lead in the 31st minute of normal time, but substitute Shota Horigome promptly brought Japan back onto level terms.