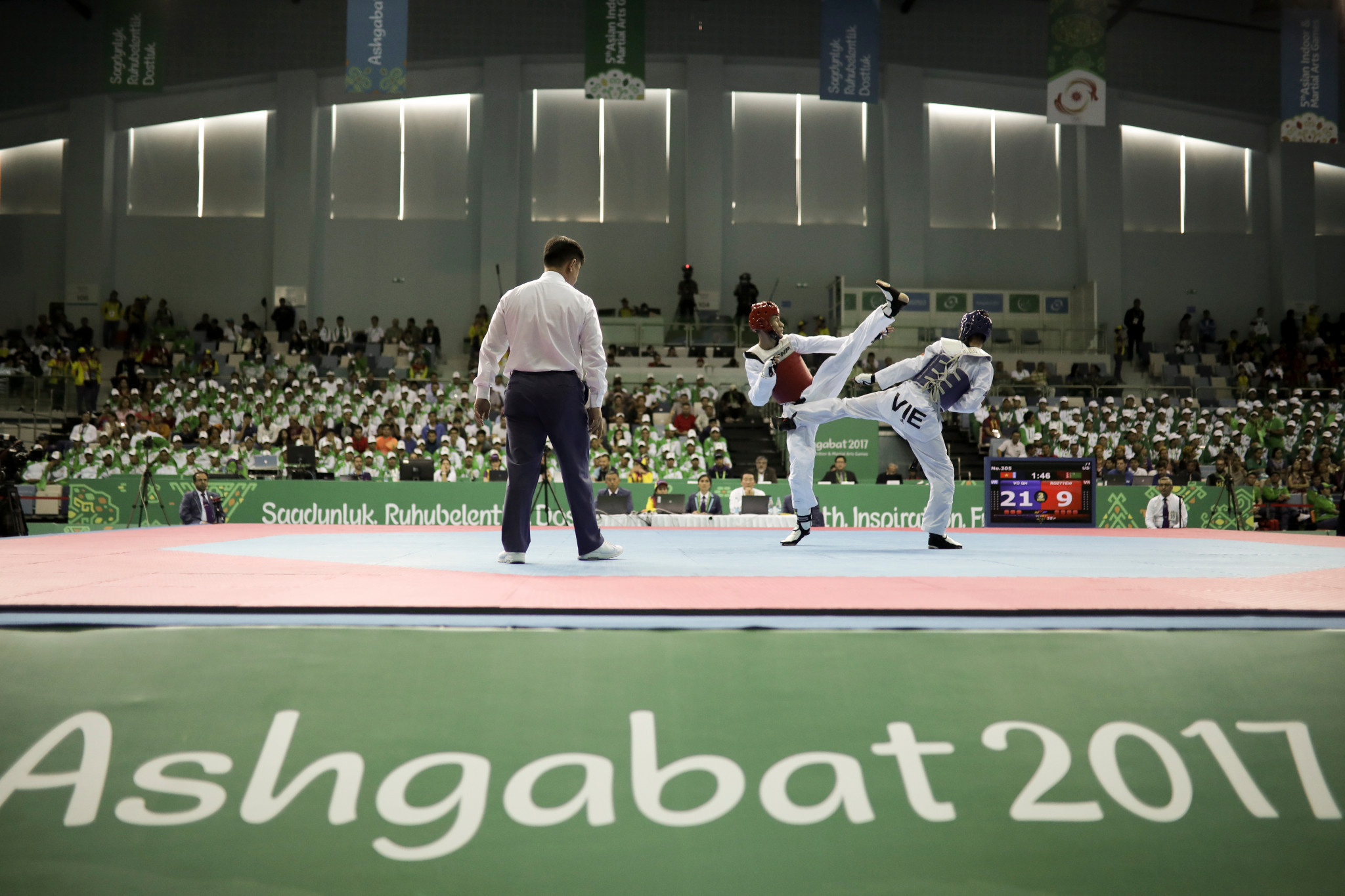 The 20-year-old scored 8.120 points to beat The Philippines’ Jocel Lyn Ninobla by a margin of 0.120 at the Taekwondo DanceSport Arena.

Salahshouri’s triumph secured a seventh gold medal for Iran across the five days of taekwondo competition.

Their nearest challengers were South Korea with four, followed by China and Chinese Taipei with two each.

The three other gold medal-winning nations all picked up their sole victories today with Thailand’s Pongporn Suvittayarak winning the men’s individual poomsae and Indonesia and Vietnam coming out on top in the respective men’s and women’s team poomsae events.

Suvittayarak was in a different class as he also came out last to perform his routines and secure top honours with a score of 8.550 points.

The Philippines’ Rodolfo Reyes Jr was the silver medallist with 8.310 points and was followed onto the podium by China’s Zhu Yuxiang and Iran’s Koorosh Bakhtiyar with 8.250 and 8.230 respectively.

Indonesia triumphed in the men’s team poomsae with 8.390 points.

The Philippines, who won the gold medal at last month’s Southeast Asian Games in Malaysia’s capital Kuala Lumpur could only manage third place with 8.310 points

Iran were the runners-up with 8.380 points, while China were the other bronze medallists with 8.240.

Having finished third to the Philippines at Kuala Lumpur 2017, the gold medal came as sweet revenge for Indonesia.

"When you lose to your rivals you feel a burning sense inside," Indonesia’s Muhammad Wahyu said.

"So instead of training two and three hours in the morning and the afternoon, we trained four hours.

"We are very pleased with this medal because we want to be the best."

Indonesia were second with 8.030 points and the podium was completed by Iran with 7.980 and the Philippines with 7.960.

Competition also continued today in weightlifting with Kazakhstan's Assem Sadykova claiming the women's 69 kilograms title with a total of 222kg.

Apolonia Vaivai needed a successful lift at 121kg with her third and final clean and jerk attempt to put pressure on Sadykova, but the Fijian fell short and her hopes of taking gold were lost at the Weightlifting Arena.

Sadykova then took to the stage and her lift of 126kg gave her an aggregate of 222kg, which was 1kg more than Vaivai.

Moments before the dramatic end to the competition, the Philippines' Kristel Macrohon made a clean lift of 121kg for a 209kg total to climb from sixth place to third.

She snatched the bronze medal from the grasp of Mongolia's Otgontuya Gongor.

In the men's 85kg event, Iraq's Safaa Aljumaili triumphed with a total of 365kg after finishing third in the snatch with 161kg and first in the clean and jerk with 204kg.

Uzbekistan's Ulugbek Alimov claimed the silver medal with 364kg having come second in the snatch with 164kg and third in the clean and jerk with 200kg.

Rounding out the podium was Iran's Ali Miri with 361kg after finishing fourth in the snatch with 160kg and second in the clean and jerk with 201kg.

Turkmenistan's Daýanç Aşyrow won the snatch with 165kg, but ended up fourth overall with 356kg after coming joint fourth in the clean and jerk with 191kg.

Today’s bowling action saw South Korea’s Baek Seungja win her first women's singles title at an international competition after setting the pace from the first preliminary game with a perfect 300.

Baek went on to beat Indonesia’s Tannya Roumimper 210-161 in the final at the Bowling Arena.

As for track cycling, Hong Kong’s Lee Wai Sze collected her third track cycling gold medal of Ashgabat 2017 with victory in the women’s keirin at the Velodrome.

India’s Deborah Herold finished runner-up to Lee, as she did in the women’s sprint on Wednesday (September 20).

There was further success for Kazakhstan in the men’s team pursuit with a time of 4:05.362.

Elsewhere today, Turkmenistan’s Annamamed Annamamedow was among today’s winners in billiard sports after coming from behind to beat team-mate Kamaladdin Babaýew 5-4 in the Russian pyramid dynamic gold medal match.

Annamamedow's win means Turkmenistan have won six medals in four days of competition at the Billiard Sports Arena, all of which have come in Russian pyramid events.

Uzbekistan won five gold medals from six events on the last day of kurash competition at the Martial Arts Arena, while Turkmenistan’s belt wrestlers won seven alysh freestyle titles at the Main Indoor Arena to increase the host nation’s haul in the sport to 31.

Turkmenistan continue to lead the overall medal standings with 69 golds, 51 silvers and 55 bronzes.