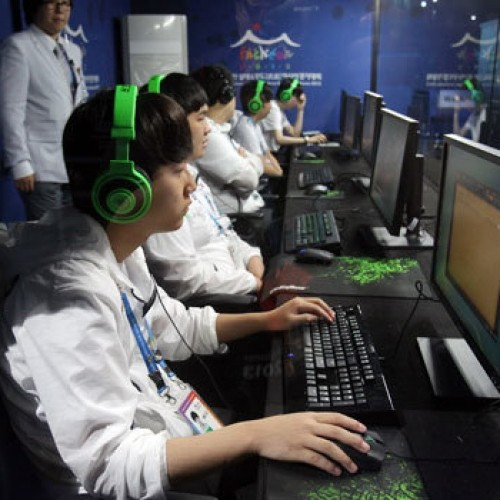 Olympic Council of Asia (OCA) President Sheikh Ahmad Al-Fahad Al-Sabah has warned that the growth in popularity of esports cannot be ignored and needs to be accommodated to help keep the world's youth engaged.

Esports is set to feature at the Asian Indoor and Martial Arts Games as a demonstration sport from September 25 to 27.

Ashgabat 2017 competitions will be held in Defence of the Ancients 2, a multiplayer online battle arena video game, strategy card game Hearthstone, StarCraft II - a real-time strategy game - and The King of Fighters XIV.

The OCA and Alisports, together with Sina Corporation and Yunfeng Capital in Shanghai, announced a strategic partnership in April to organise and promote the event.

Under the terms of the deal, demonstration events are scheduled to take place at Ashgabat 2017 and the 2018 Asian Games in Indonesian cities Jakarta and Palembang.

Esports will become a full medal event at the 2022 Asian Games in Hangzhou in China.

Sheikh Ahmad believes there is considerable potential for growth, even though there is a debate about whether it should be classed as a sport or not.

"I know there are positives and negatives, but now with our partner Alibaba, we can develop esports," he said.

"Now we have a partner in this type of business, I hope we can deliver a better situation for esports in the future.

"We cannot ignore the youth.

"They are a part of our society and we have to work with them to create a good road map for their hobbies and future."

Asked about the likelihood of esports featuring at the 2024 Olympic Games in Paris in some capacity, Sheikh Ahmad insisted the immediate priority is for the International e-Sports Federation (IeSF) to achieve IOC recognition.

"We will work with the developers to reach a level which will be accepted by the IOC," the Kuwaiti said.

"I think that it is too early to speak about the programme.

"We want a level to be reached of being accepted as an IF (International Federation) first."

Organisers of the AIMAG will be hoping to capitalise on the growing popularity of esports worldwide, but its inclusion on the programme has been at the centre of a row in the lead-up to the event.

In June, OCA officials defended the way in which the demonstration event is being prepared after a South Korean group announced it was leading a boycott.

The Korea e-Sports Association announced they would not participate at Ashgabat 2017 because of the involvement of Alisports as organisers rather than the IeSF.

The origins of esports can be traced back to 1972, before rapidly growing with the popularity explosion of home computers.

The introduction of the internet and, later, online streaming services have taken esports to another level of popularity with the global tournaments now attracting tens of millions of viewers.