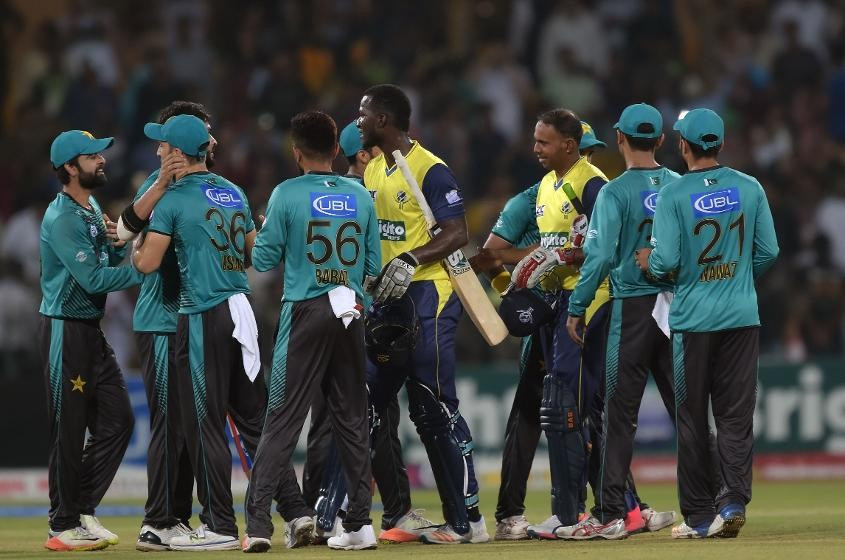 The International Cricket Council (ICC) has congratulated Pakistan on the successful staging of the nation's series against a World XI, which marked its return to hosting major events after several years of concern over security.

ICC director Giles Clarke and chief executive David Richardson have thanked the people of Pakistan for welcoming the World XI players and claimed the three-match Twenty20 series demonstrated the country's passion and love for cricket.

The resumption of international games in Pakistan follows years of concern about the safety of visiting players.

Pakistan won the third and decisive match by 33 runs to claim the Independence Cup 2-1 at the Gaddafi Stadium in Lahore.

"The reception the team received was quite extraordinary, and for all of us, we did our best to interact with the crowd," said Clarke.

"The reaction of the Pakistanis who were at the ground is something I have never seen in my life.

"They were so pleased, saying thank you, and they were so excited by the players being there.

"I felt the tour unleashed the deep and powerful emotions that exist around cricket in this country’s makeup and its society.

"It has been an enormous challenge to ask the authorities in a town as large as Lahore, as commercially important as Lahore, with such a wide variety of other activities, to allow cricket activity to take over key communication channels and travel arteries for the period we have.

"It has been a fantastic tournament and I am very grateful to everybody for all the hard work - by the Pakistan Cricket Board and everybody else.

"From my point of view, as chairman of the ICC’s Pakistan task team, I am very pleased that we have accomplished this and I am sure the players will talk to their colleagues and we will see the return of bilateral international cricket to Pakistan.”

Ongoing security issues have made it difficult for Pakistan to host international games, with "home" matches instead taking place in the United Arab Emirates.

In 2009, eight people were killed when a bus carrying the Sri Lanka team was fired upon by gunmen before the third day of the second test in Lahore.

The attack left six members of the squad injured while six police officers and two civilians were killed.

The team had been heading to the Gaddafi Stadium for the third day of a Test match with Pakistan.

Their captain, Mahela Jayawardene, was among the injured players.

Since then, the country has only played minor international matches on home soil against Zimbabwe, Kenya and Afghanistan.

The last series in Pakistan was against the Zimbabweans in May 2015.

Fourteen people died in 2002 after a suicide bombing outside the Karachi hotel used by the New Zealand cricket team, with the tourists leaving the country early.

In 2008, the contest for the ICC Champions Trophy did not go ahead in Pakistan after England, Australia, New Zealand, West Indies and South Africa all withdrew due to security concerns.