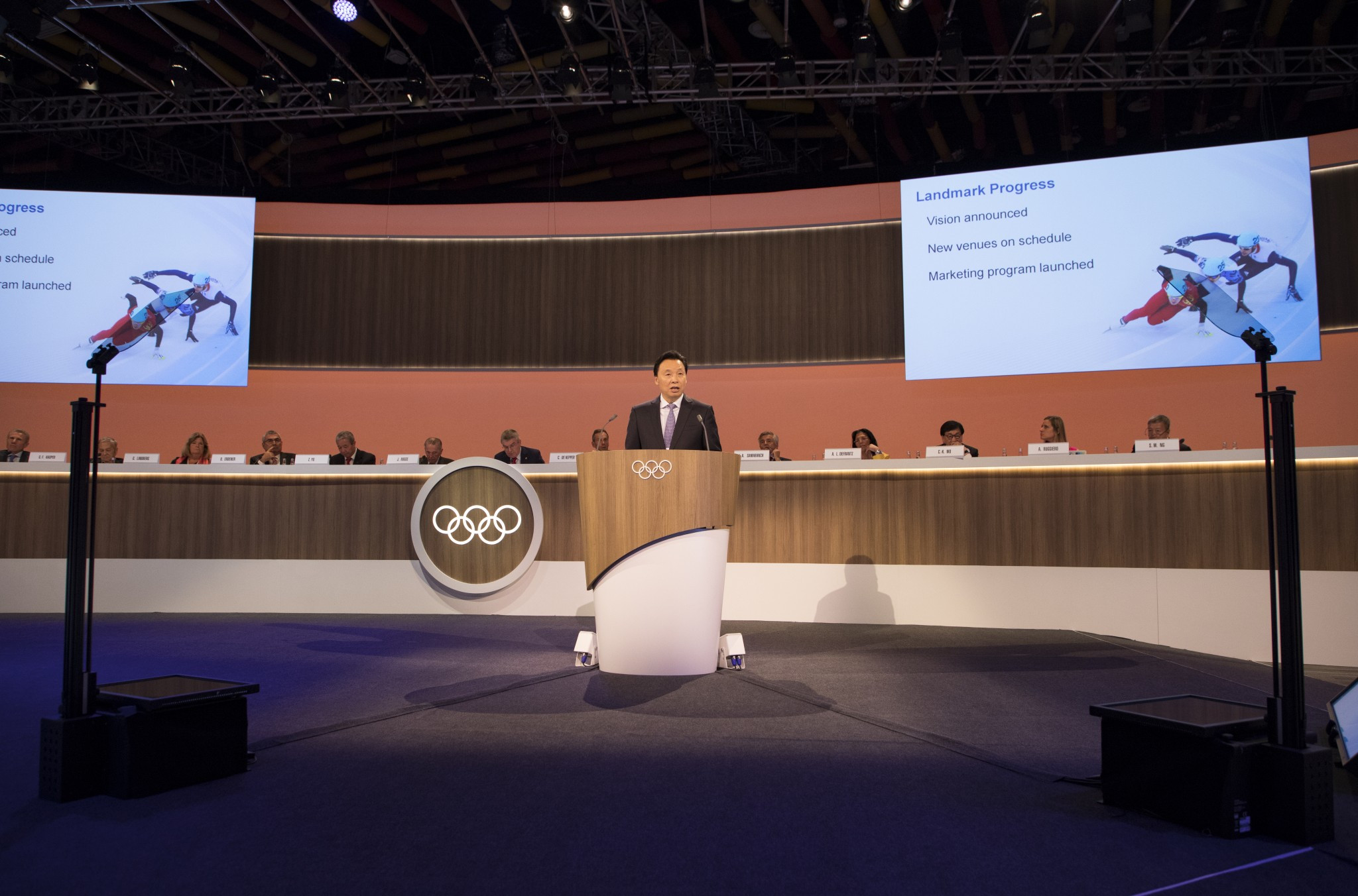 International Olympic Committee (IOC) Coordination Commission chairman Alexander Zhukov claimed they had "full trust" in the ability of Beijing 2022 to deliver on their promises as he presented a report on their progress to the Session here today.

The report from the President of the Russian Olympic Committee, full of glowing praise for work of Beijing 2022 so far, said they had made a "strong positive impression" on the IOC.

Concerns were raised, however, on issues such as the lack of snowfall in Beijing and the proposed high-speed railway linking the Chinese capital to the competition zones in Yanqing and Zhangjiakou.

Finland's IOC member Sari Essayah asked Beijing 2022 vice-president Yang Shuan for reassurances over the snowfall in the region at Games time and Prince Albert of Monaco quizzed organisers on the progress on the railway.

Shuan insisted they were on track in all areas and confirmed the journey time between Beijing and Yanqing - around 90 kilometres from the Chinese capital and is due to host alpine skiing and sliding events - would be half-an-hour.

Shuan and Chang Yu, the director general of the media and communications department, provided the IOC membership with an update on their preparations in a number of areas.

This included venues, transport, and the renovation of the Shougang Industrial Park, which the IOC has confirmed will be the home of big air at the 2022 Games.

It was also revealed that Beijing 2022 will target sportswear, telecommunications and insurance companies to join their domestic sponsorship programme.

Yili Group became the latest partner of the Games when they signed on as the dairy products supplier earlier this month.

Beijing 2022 have so far struck deals with Bank of China and Air China.

"The upcoming Pyeongchang Games will be an opportunity for Beijing 2022 to build on their very good start," said Zhukov.

"We reiterate our full trust that Beijing 2022 will deliver on their promises."