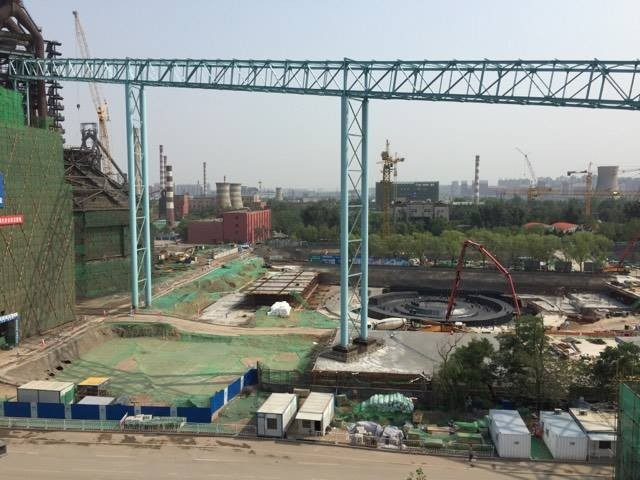 Snowboard big air at Beijing 2022 will be held at the Shougang Industrial Park in the west of the Chinese capital, the International Olympic Committee (IOC) has confirmed.

The Organising Committee had proposed the site to host the sport, which is due to make its Winter Olympic debut at the 2022 Games.

It was then given the approval of the IOC Coordination Commission when they conducted their second inspection visit in June.

The IOC Executive Board officially gave the plans the green light during their meeting yesterday.

The industrial sports park is located close to the Organising Committee's headquarters in the Shijingshan district and is currently being renovated.

The building and surrounding area is being regenerated from an old steel mill, which was closed and moved outside of Beijing because of concerns over pollution.

In a statement, the IOC Executive Board said it was excited by the project and felt that it would be an iconic location for big air at the Games.

"I can tell you it is really a spectacular venue," IOC President Thomas Bach said.

"This will be in the area of the former steel plant, this whole area will be rejuvenated.

"You will see a new area with an industrial museum, with leisure facilities and houses and the big air venue.

"For me, from an architectural point of view is interesting.

"If you have the opportunity to see it don’t miss it.

"It is a great commitment from Organising Committee of Beijing 2022."

Big air was added to the Olympic programme for next year's Games in Pyeongchang in June 2015.

The event, a part of the International Ski Federation (FIS) Snowboard World Championships since 2003, is a discipline where the competitor rides their snowboard down a hill and perform tricks after launching off very large jumps.

Competitors perform complex tricks in the air, aiming to attain sizeable height and distance and a clean landing.