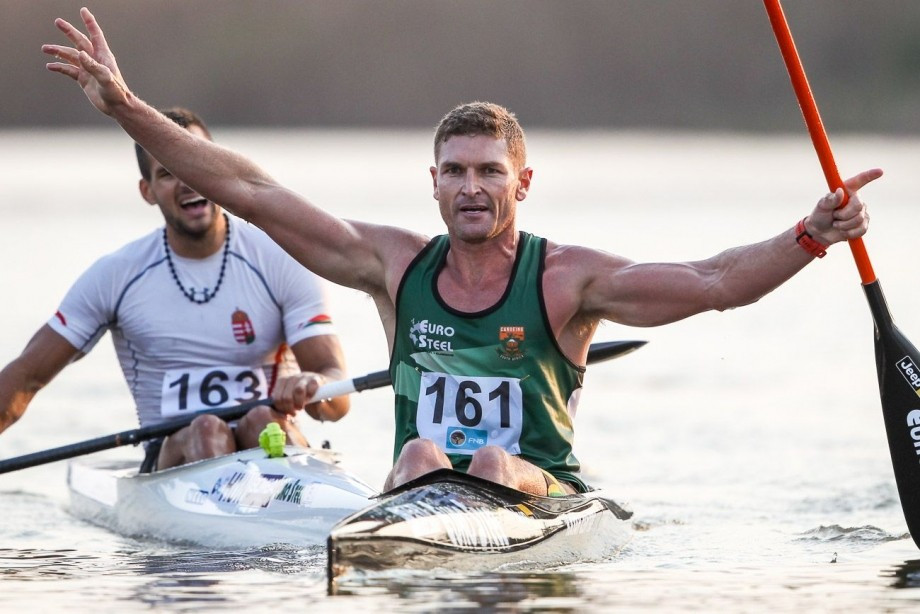 In a dramatic finish, the home pair crossed the line in 2 hours  00 minutes 11 seconds, just two seconds clear of Adrian Boros and Laszlo Solti, who were seeking to complete a clean sweep of golds for Hungary following the earlier women’s K2 and men’s C2 finals.

Two seconds behind the Hungarians, South Africa’s Andrew Birkett and Jean Van Der Westhuizen earned bronze by a margin of just one second from Spain’s Luis Perez and Miguel Llorens.

It was a spectacular conclusion to a testing day of racing that had seen Hungary take gold and silver in the opening women’s K2 race, with Vanda Kiszli and Sara Anna Mihailik producing a huge burst over the final 1000m to secure gold just as it seemed Britain’s Lani Belcher – winner of the individual gold the previous day – and Hayleigh-Jayne Mason were in position to challenge for the title.

But Britain slipped back to fourth place going around the final turn, and had to work very hard to get past the Danish pairing of Emilie Rosenkilde and Henriette Engel Hansen in the final 300 metres to get back onto the podium.

The gold medallists finished 50m clear in 1:56:31, with compatriots Renata Csay and Alexandra Bara claiming silver in 1:56.44, just one second ahead of the British pair, who finished with a five seconds margin over the Danes.

“I knew we had a sprint and we had to conserve as much energy as possible on the washes and then see what we could get at the end,” said Belcher.

“We are obviously very happy to get a medal although we would have liked it to be a little bit higher!”

South Africa’s Hayley Arthur and Michelle Burn were fifth, 38 seconds behind the winners.

The men’s C2 title looked as if it could go either to Marton Kover and Adam Docze of Hungary or Ramon Ferro and Oscar Grana of Spain with less than 400m to go until the Hungarians produced a devastating piece of acceleration that decided the colours of the relative medals in the space of 30 or so metres, eventually finishing 15 seconds clear in 1:59:59.