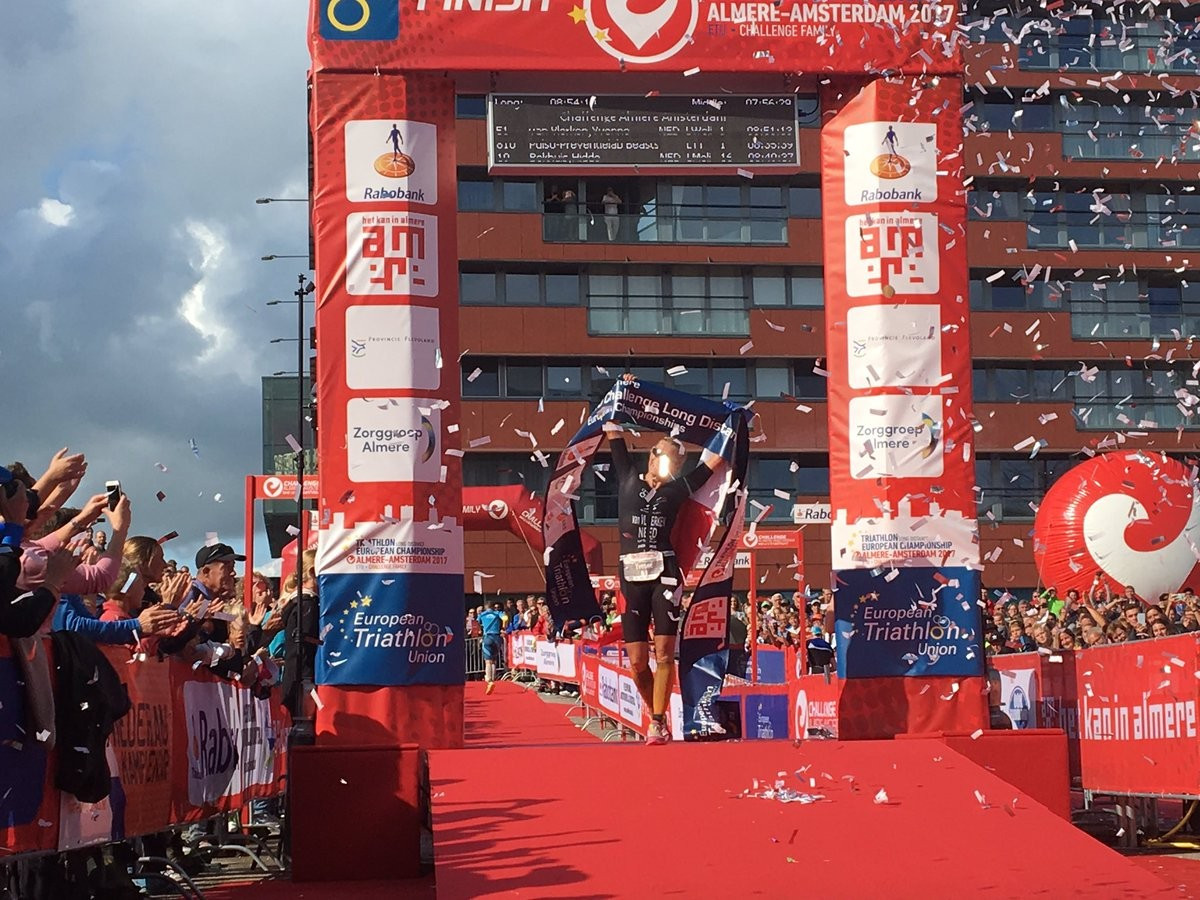 The race in Almere featured a course of 3.8 kilometres of swimming, 180km cycling and 42.2km of running.

Van Vlerken found herself in second place for much of the women’s event as her team-mate Sarissa de Vries set the pace.

The Dutchwoman overtook de Vries after 14km of the run, however, and stayed clear to clinch the title.

Van Vlerken finished the event in a time of 8 hours 51min 13sec.

Having lost over 21 minutes to van Vlerken on the run, de Vries took the silver medal in a time of 9:09:44.

The podium was completed by Hanna Maksimava of Belarus, who finished in 9:20:02.

Skipper won the men’s race, despite starting the marathon run in fourth place.

He came past his rivals to win the event, dipping under the eight hour mark by clocking 7:59:39.

Our winner Joe Skipper in under 8 hours!!! pic.twitter.com/7qI8XdsOTE

"But mentally as well, because you can’t free yourself.

"It became even harder then because I knew Viktor [Zyemtsev] was right behind me and also because I knew it would be difficult to finish within the eight hours.

"I went full force and even managed a sprint."

Ukrainan Zyemtsev finished as the runner-up in 8:03:14.

The top three was completed by Slovakia’s Jaroslav Kovacic, who clocked 8.05:40.