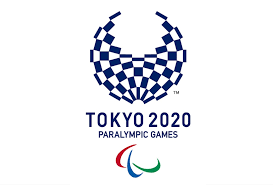 The International Paralympic Committee (IPC) has today announced the medal programme for the Tokyo 2020 Paralympic Games with four sports having more events than Rio 2016 but athletics and swimming having less.

Swimming's is due to be announced later this year, while athletics' is scheduled for 2018.

Canoeing made its debut at Rio 2016 and has three more medals events at Tokyo 2020, up from six to nine, due to the inclusion of v’aa class events.

Shooting has one extra event compared to Rio 2016, taking the total to 13.

Table tennis will have two additional medal events on top of the 29 at Rio 2016, with one extra team event in both the men’s and women’s competitions.

On the men’s side, the team class six to eight from Rio 2016 has been split into class six to seven and class eight.

As for the women’s side, team class six to 10 from Rio will be class six to eight and class nine to 10 in Tokyo.

Although the sport has eight additional athlete slots overall, men have four less slots than Rio 2016.

There are 12 additional slots for women.

The final medal event programme and athlete quotas were approved by the IPC Governing Board here following the conclusion of a 10-month-long consultation exercise with International Federations.

A record 1,756 slots have been allocated for female athletes, representing a 17 per cent increase in the number of women that competed at London 2012.

This number is likely to increase further due to the allocation of 294 gender-free slots.

As part of the IPC’s drive to increase opportunities for athletes with high support needs, the sport of boccia has been allocated 116 athlete slots, eight more than at Rio 2016

Compared to Rio 2016, 14 sports will feature the same number of athletes.

"We are greatly excited about the Tokyo 2020 Paralympic programme which we are confident can build on the success of Rio 2016, a Games that were widely regarded as the best yet in terms of athletic performance," IPC President Sir Philip Craven said.

"It is testament to the strength of Paralympic sport and the work of the International Federations that the competition to secure medal events and athletes quotas at the Paralympic Games is now equally as competitive and hotly contested as the action on the field of play.

"In determining the final Tokyo 2020 programme we wanted to increase the number of slots for female athletes and athletes with high support needs.

"At the same time we did not want to increase costs for the Tokyo 2020 Organising Committee having already identified a number of cost savings.

"We believe we have achieved all of our objectives and delivered a programme that will showcase the best of what Paralympic sport and Paralympic athletes have to offer at Tokyo 2020."

Tokyo 2020 President Yoshirō Mori added: "Less than three years is left until the Opening Ceremony of the Tokyo 2020 Paralympic Games, and I am delighted that the total athlete quota and the event programme for 19 out of 22 sports have now been finalised.

"The IPC’s decision will lead to the highest-ever representation of female athletes at a Paralympic Games, with at least 1,756 slots now secured for them.

"Boccia, which is gaining more and more popularity in Japan, has been allocated an increased number of slots.

"I believe it is an impactful decision to further advance the IPC’s initiative to provide increased opportunities for athletes with high support needs."

"Prior to this Governing Board meeting, Tokyo 2020 requested the IPC to consider the impact on budgets, and to avoid any extra venue development.

"I'd like to express my appreciation to President Craven, chief executive officer [Xavier] Gonzalez and the other IPC Governing Board members for putting together such a fascinating event programme."

Between them, International Federations submitted to the IPC in January 2017 proposals to include 4,979 athletes and 555 medal events at Tokyo 2020.

The non-inclusion of football seven-a-side and sailing for Tokyo 2020 provided 192 athlete slots and four medal events.

"I think the final Tokyo 2020 medal events programme provides a good balance across all sports and all impairment groups," Chelsey Gotell, chair of the IPC Athletes’ Council, said.

"I am particularly pleased that Tokyo 2020 will feature more women than ever before and an increase in athletes with high support needs.

"This is a great step in the right direction and the International Federations and IPC should be congratulated for this move.

"With 19 of the 22 sports medal events announced, this will help give many athletes a clearly defined road map for the less than three years leading into Tokyo 2020.

"I feel great empathy for those athletes whose events are not on the programme, however, I know there are valid reasons behind the IPC’s decisions which I know they will feedback to International Federations."

A full breakdown of the events can be found here.