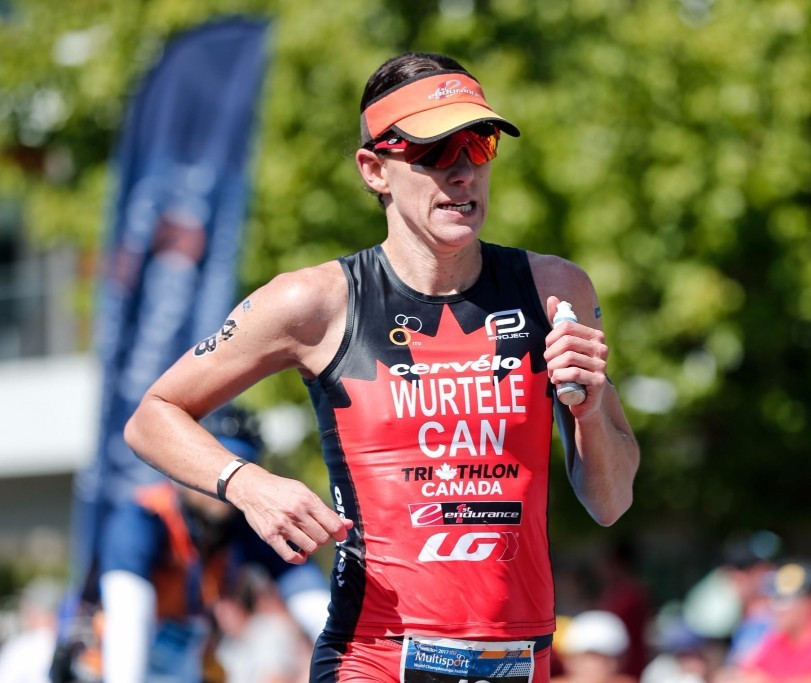 The women’s title went to Australia’s Sarah Crowley in the first ITU long distance event appearance of her career.

Sanders was four minutes down on the leaders as he emerged from the swim, but with his two strongest events to come was entitled to feel hopeful, especially with the home crowd behind him.

He had moved up to the silver medal position in the bike ride behind Australia’s Joshua Amberger when a flat tyre took the wind out of his sails, dropping him back down to third as the defending champion, France's Sylvain Sudrie, moved past him.

At the second transition Amberger carried a three minutes lead, although he knew that the run was his weakest event, so with 30 kilometres to be covered the destination of the gold medal was still far from certain.

Sanders soon pushed on to take clear second place from Sudrie, and with two of the 10km laps completed he had reduced the Australian’s lead to two minutes before mounting a decisive challenge shortly after the bell.

Sanders took gold in 5 hours 20min 36sec, with Amberger silver medallist in 5:22:09 and his Australian compatriot Jo Gambles coming through for the bronze medal in 5:26:23.

"That has got to be the hardest I have ever run," said Sanders.

"Unfortunately I got a flat on the bike, the technical descent scared the crap out of me.

"I think it was a testament of two things: always carry a spare and second, it is not over until it is over.

"I don’t ask for it but it always seems to come for me.

"So I thought, ‘Wouldn’t it be cool to win this thing with a flat tyre?’ and that became my motivation.

"So you can do a lot of things when you are highly motivated."

Crowley also left it until the concluding 30km run to take a decisive lead, overtaking Helle Frederiksen of Dennmark in the second of the three laps before finishing in 5:51:23, with the Dane claiming silver in 5:55:04 and bronze going to home runner Heather Wurtele in 5:55:51.

The 24-year-old Brisbane-based Crowley, winner of iron man events in Cairns and Frankfurt earlier this year, the latter bringing her the title of European champion, commented: "It is pretty unreal.

"I didn’t go into today expecting that at all, everything just went to plan other than falling over at the start of the swim.

"But I did have a good day though, I worked pretty hard after that, but I had a good day and I am really happy."