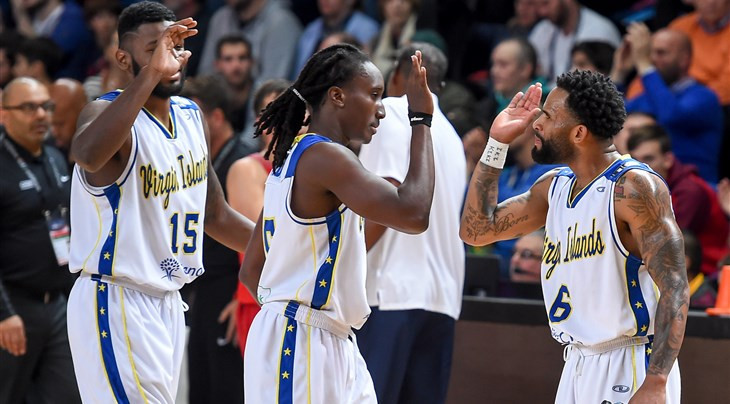 Virgin Islands claimed a shock win over Canada today to make the perfect start to their Group B campaign at the International Basketball Federation (FIBA) AmeriCup.

The Caribbean squad triumphed 83-71 at the Estadio Osvaldo Casanova in Bahía Blanca.

The only player to score for Canada in double figures was Olivier Hanlan with 10 points.

Group B hosts Argentina joined Virgin Islands in winning their first match by beating defending champions Venezuela 67-62 in a reverse of the 2015 final.

Lucio Redivo and Facundo Campazzo got into the rhythm of the game in the fourth quarter and won it for the home nation.

Team-mate Gabriel Deck and Venezuela’s John Cox were the leading scorers of the match with 16 points each.

Group A action concluded today at the Coliseo Iván de Bedout in Medellín with Mexico making it three wins out of three thanks to an 82-70 victory over hosts Colombia.

Jorge Gutiérrez scored 25 points with five rebounds and five assists in the win.

Mexico had already booked their place in the semi-finals, which are scheduled to take place on Saturday (September 2), prior to today’s match.

The other game in Group A saw Puerto Rico put on an impressive performance to beat Brazil 89-80.

Puerto Rico ended group play with a 2-1 win-loss record, falling short of qualifying for the semi-finals after their narrow opening day loss to Mexico.

🎥 Enjoy the highlights of today's México 🇲🇽 82-70 victory over Colombia 🇨🇴 in the last game of Group A of the #AmeriCup2017! pic.twitter.com/GUtJSqXy6v

Action is due to continue tomorrow with Argentina facing Canada and Venezuela going up against Virgin Islands in Group B.

Group C is also due to begin in Montevideo as hosts Uruguay meet the Dominican Republic and the United States do battle with Panama.

The three group winners advance to the semi-finals, with Argentina also guaranteed a place in the last four regardless of their performance due to their status as "main organiser".