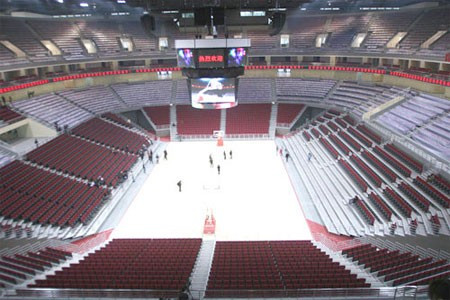 Beijing's preparations for the 2022 Winter Olympic and Paralympic Games have been praised by Thomas Bach.

The International Olympic Committee (IOC) President visited the Wukesong Sports Center, the chosen location of Big Air at Beijing 2022, and the headquarters for the Organising Committee.

"You can see the great projects with regard to the development of winter sports in China, attracting hopefully at the end 300 million Chinese to winter sports," said Bach.

The headquarters of Beijing 2022 he visited is a regeneration based on an old steel factory in the Chinese capital.

Bach was impressed by the sustainable development of having the urban regeneration in the industrial region, Xinhua reported.

Earlier during his trip to China, Bach had visited new Olympic TOP sponsor Alibaba Group at their headquarters in Hangzhou.

He is due to travel to Tianjin today for the Opening Ceremony of the 13th National Games of China.

More than 10,000 athletes from all over China are expected to compete in the event with 417 medals to be awarded in 33 sports.

"I think we will see a great event, and I wish the organisers good luck and great success for the National Games of China," Bach said.