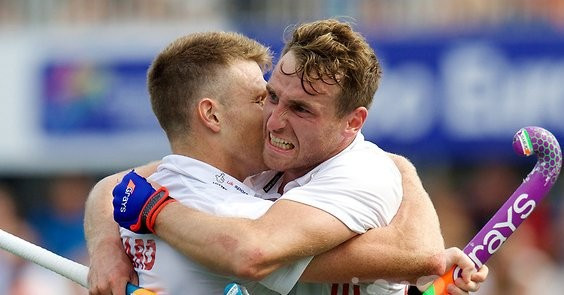 England's men battled back from a goal down against Ireland to join their female counterparts in the semi-finals of the EuroHockey Championships in Amsterdam.

Despite a positive start, England trailed after 13 minutes at the Wagener Stadium after a clever deflected strike from Matthew Nelson following a Conor Harte penalty corner.

A tough, evenly-matched contest then continued as David Harte produced several good saves in the Irish goal to maintain his team's advantage.

England fought back after the interval, though, as David Goodfield latched onto a rebound to blast the ball home to draw his team level.

After missing several chances, England then scored what proved to be the winning goal through Sam Ward after 44 minutes.

George Pinner made several late saves to ensure his side held on and progressed in second place from Pool B.

Both teams gave everything in that game! Tense, dramatic, physical, and most of all a win for England's men! #EHC2017 pic.twitter.com/K05zuMI3XQ

"We knew they would keep coming and George had lots of periods where he didn’t have much to do," said English coach Bobby Crutchley.

"But he came when we needed him.

"He stood up and that’s what we needed from all the players."

Belgium guaranteed their progression from Group A despite a surprise 2-0 loss to Spain today.

Host nation and defending champions The Netherlands joined them after thrashing Austria 6-0.

They will face England in the second semi-final on Friday (August 25) after Belgium lock horns with Germany in the first.

It will feature the exact same four teams.

Germany will face Belgium before The Netherlands take on England.