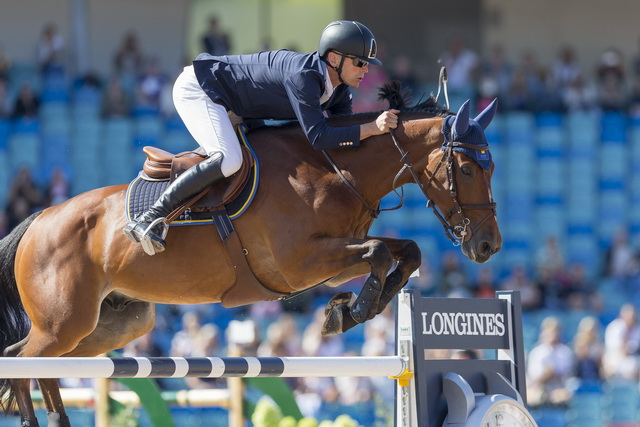 Sweden's Peder Fredericson came out on top after the first day of jumping at the International Equestrian Federation European Championships in Gothenburg.

Alongside 11-year-old gelding H&M All In, the 45-year-old went round in 75.70 seconds for no penalty points.

They were given 0.67 penalty points.

Less than a fence separates the top-24 individuals going into tomorrow's second round.

Switzerland currently lead the standings in the team event.

Suzanna Hext won the Grade III final for the British team, with compatriot Julie Payne winning gold at Grade I.

Susanne Sunesen of Denmark won at Grade IV, with Sophie Wells then clinching the Grade V gold medal for Britain.