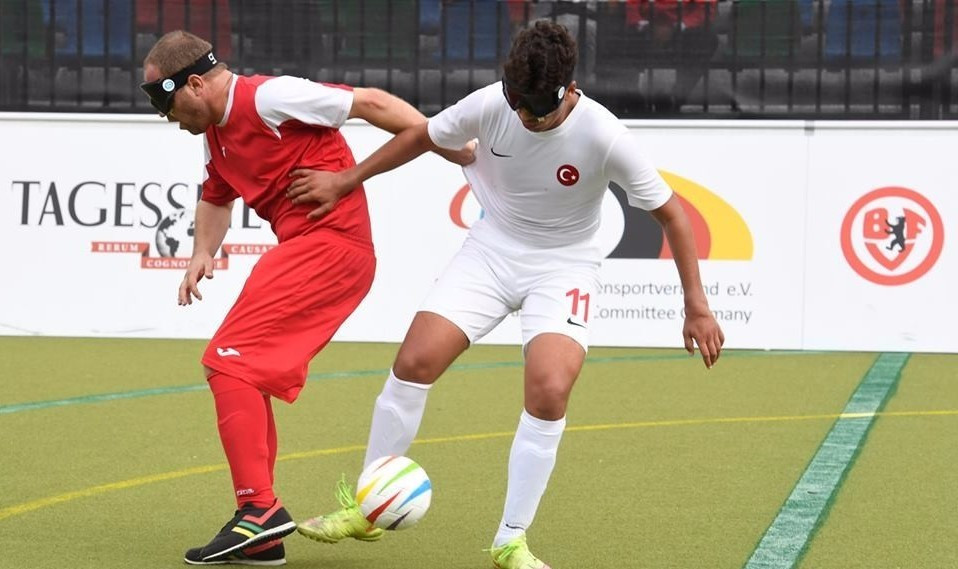 Defending champions Turkey got their International Blind Sports Federation European Football Championships back on track with an emphatic win today in Berlin.

Yesterday, Russia pulled off a surprise 2-1 win over the Turkish side in Group B at the Lilli-Henoch-Sportplatz.

However, Turkey got back on form against Georgia as they secured a 9-2 victory.

Russia could not match up to their previous day’s performance as they came up against Spain with neither side able to find the target, playing out a 0-0 stalemate.

In Group A, England secured their second win of the tournament as they put France to the sword, thrashing them 7-0.

In Group B, Germany play Russia and Spain will come up against Belgium.