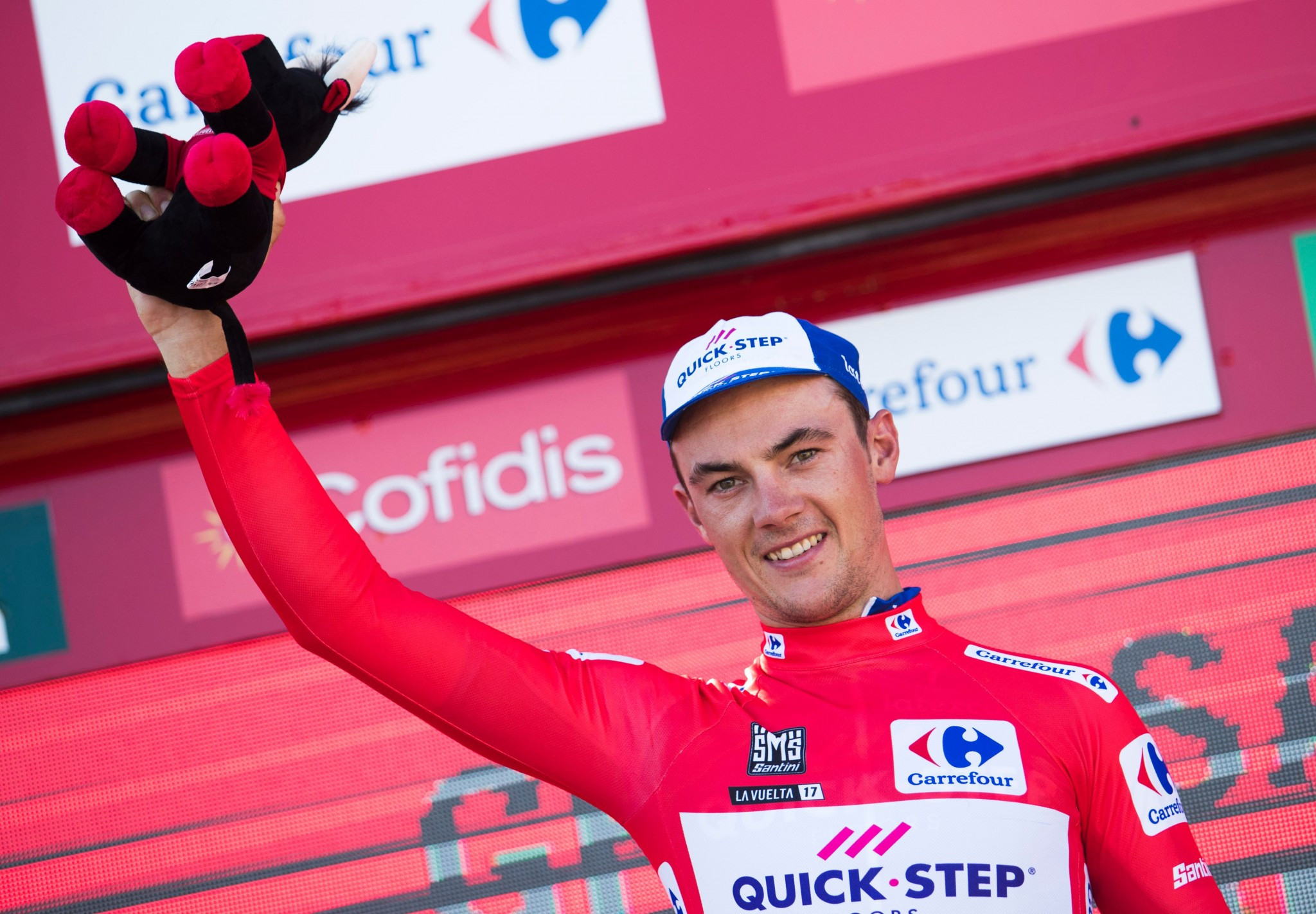 Belgium’s Yves Lampaert has taken over the Vuelta a España lead after winning the second stage of the race today.

The Quick-Step rider produced a well-timed attack along with a pair of team-mates towards the finish of the second stage, which travelled 203.4 kilometres from Nimes to Gruissan in France, to claim the victory.

He navigated the flat stage in a time of 4 hours 36min 13sec to nip in ahead of his Italian team-mate Matteo Trentin, who came home one second behind the Belgian.

In the general classification standings, Lampaert has a combined time of 4:52:07 and will wear the leader’s red jersey tomorrow on stage three of the race.

"During the race we planned that if we could make an echelon, we would try in the last 10km," the 26-year-old told Cycling News after finishing.

"We went full from last three kiloemtres, then we were away with Alaphilippe and a few guys in the break.

"After that, just before the roundabout, they shouted at me, 'Go go go' and I knew I could ride one kilometre very fast and it worked out.”

The Briton who rides for Team Sky came 16th on the stage.

Tomorrow’s third stage is due to the first mountainous one of the race as the peloton goes from Prades Conflent Canigo in France to Andorra la Vella in Andorra.