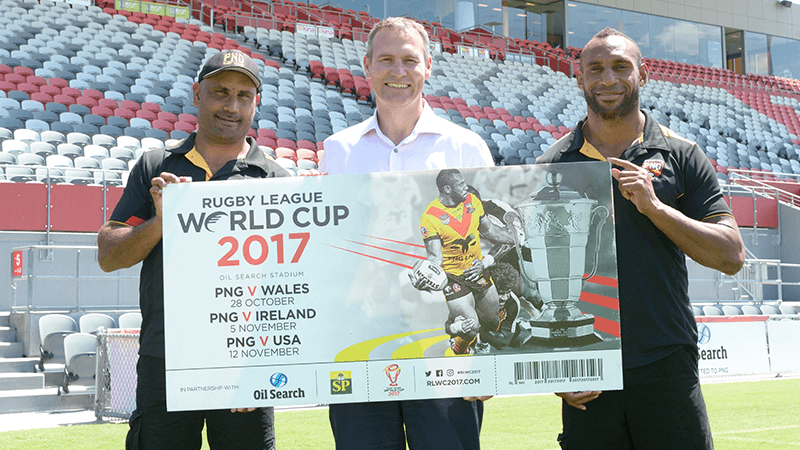 The 15th staging of the event will be shared between Australia, New Zealand and Papua New Guinea between October 26 and December 2.

Papua New Guinea will host three pool games at the National Football Stadium in its capital of Port Moresby.

The latest ticketing details were unveiled by the competition's chief executive Andrew Hill.

"When setting the prices for the three Rugby League World Cup 2017 games to be contested in Papua New Guinea, our priority was to make tickets affordable and accessible to as many fans as possible, particularly families,” Hill said.

“It was a conscious decision on the part of the Organising Committee to ensure there was a ticket price to suit everyone and provide an opportunity for fans and families to attend this year’s Rugby League World Cup.

“This year’s tournament is the most anticipated sporting event Papua New Guinea has ever hosted and we know there is huge demand for tickets from fans wanting to be part of history.

“With a capped crowd capacity of 15,000 for each game, we expect tickets to sell quickly when they go on general sale."

Tickets will go on general sale at 10am local time on Thursday (August 24) via the tournament’s official website here or from one of eight Tiket Mastas outlets in Port Moresby.

The tournament will feature 14 nations playing 28 matches in 13 cities across Australia, New Zealand and in Papua New Guinea.