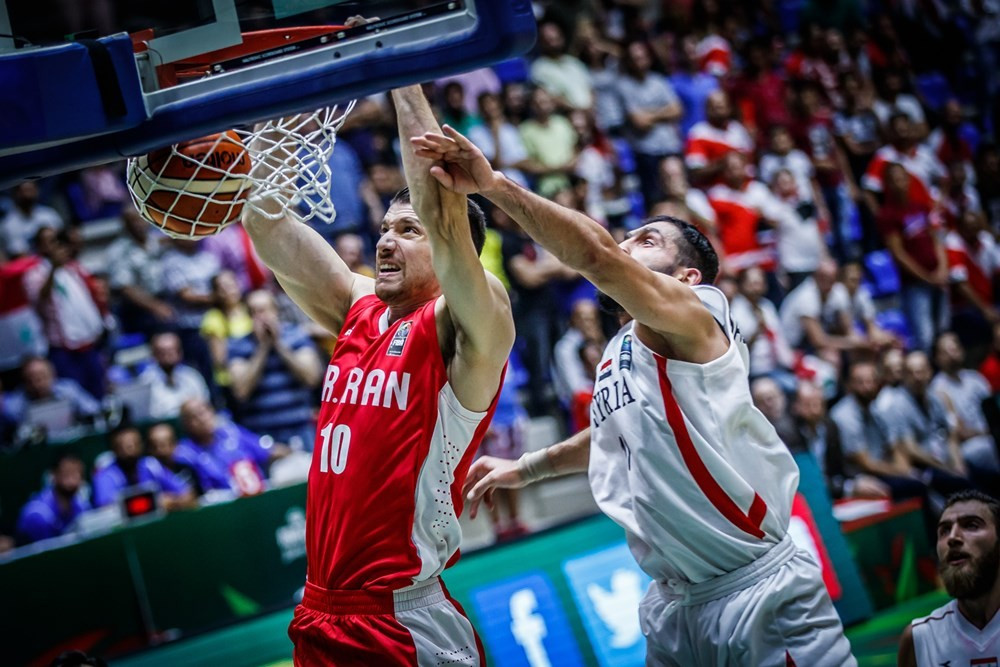 Iran and Jordan both recorded their second victories at the International Basketball Federation Asia Cup as action continued in Beirut.

The Iranians followed up their comprehensive win over India by sweeping aside Syria 87-63 at the Nawfal Sports Complex.

The result saw them take charge of Pool A as they have a 100 per cent record from their first two matches.

Only the team which finishes at the top of the group will automatically qualify for the quarter-finals.

Countries finishing second and third in each group will face off in the "qualification to the quarter-finals" play-off games.

A fascinating battle is developing for top spot in the group as Jordan are also unbeaten so far.

They edged their Indian opponents 61-54 to tighten their grip on second place in the group.

Mousa Al-Awadi led the scoring charts for Jordan with a haul of 22 points, while Ahmad Alhamarsheh chipped in with 13 crucial rebounds and eight points.

In Pool B, the Philippines are the only team with maximum points from their first two encounters as they beat Iraq 84-68.

Terrence Romeo was the leading performer for the Philippines as he racked up 17 points and four assists.

Elsewhere in the group, China recovered from their loss at the hands of the leaders by defeating Qatar 92-67.

Action at the tournament is due to continue tomorrow.