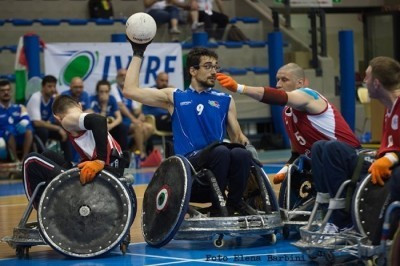 The International Wheelchair Rugby Federation (IWRF) has announced that a European Division C Championship will be held for the first time this year.

The third-tier event is seen as a way to help grow the sport in the continent, with action scheduled for Grosswallstadt in Germany between October 31 and November 5.

Five teams who have not qualified for the A and B European Championships will compete and do not need to have a IWRF ranking.

Czech Republic, Israel, The Netherlands, Norway and Russia have already expressed an interest to compete.

"We are grateful that this fully sanctioned Championship was able to be organised on short notice by Christoph Werner," he said.

"Providing competition opportunities at every level of the game is essential for teams to improve.

"We know the athletes are excited to see this tournament happen, and they are looking forward to challenging their rivals in Grosswallstadt."

The playing schedule for the tournament and more details will be released by the IWRF nearer the time.

Europe is the largest IWRF region with 17 active members and seven more developing the sport on a national level.

Great Britain won the elite European Championship title in Koblenz in Germany this year, beating Sweden 49-41 in the final on July 1.