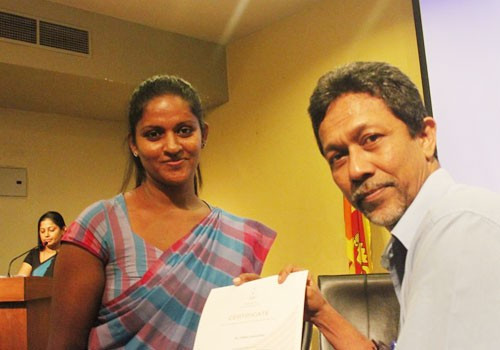 Forty-five candidates took part in all at Olympic House in capital city Colombo.

The police were also represented as well as schools and universities and the Sri Lanka Anti-Doping Agency.

It is hoped that the course will improve the standard of sports administration in Sri Lanka.

The Asian country has won two Olympic medals in its history - both silver and both in athletics.

Duncan White - of British descent but born in Sri Lanka - won the country's first Olympic medal in the men's 400 metres hurdles at London 1948.

Susanthika Jayasinghe then won silver in the women's 200m at Sydney 2000.

She originally came third in the Australian city, but initial American winner Marion Jones was later disqualified for doping.