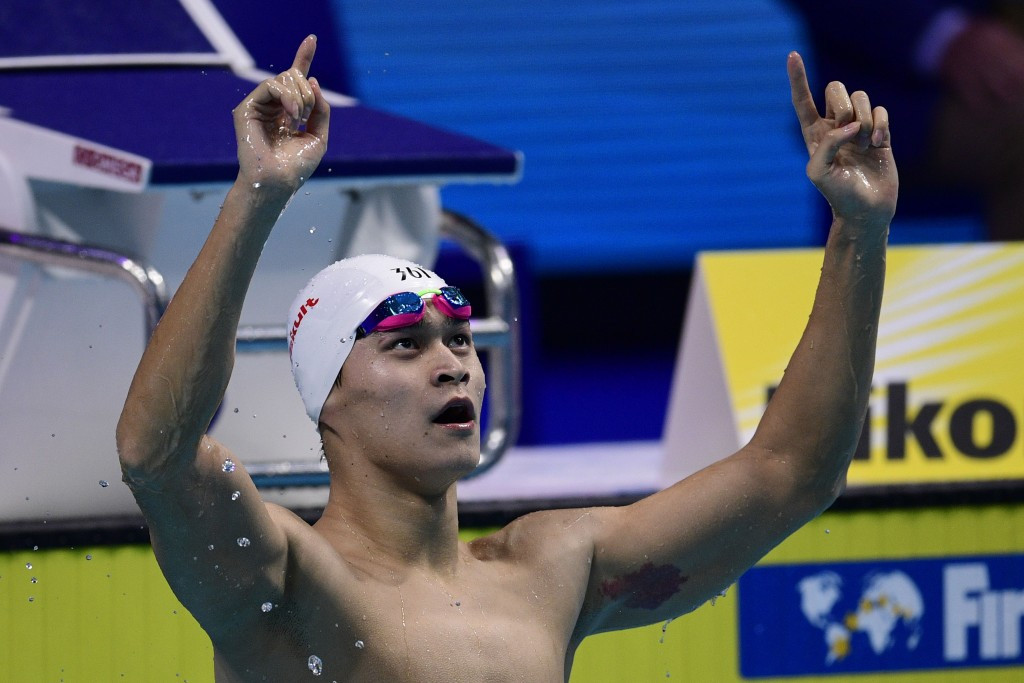 Sun, the Chinese star competing in the first final of the swimming at the International Swimming Federation (FINA) World Aquatics Championships, controlled the race from the outset and was comfortably clear by halfway.

It avenged Australian rival Mack Horton for his victory over him at last year's Olympic Games after another build-up overshadowed by criticism of Sun.

He served a three-month ban for doping in 2014 after failing a test for the banned stimulant trimetazidine.

Horton celebrated a "win for the good guys" last year and stood by those comments again last week.

Fast-finishing Italian Gabriele Detti repeated his Olympic finish with the bronze medal in 3:43.93.

Ledecky was successful in the corresponding women's final as she set a second Championship record of the day of 3:58.34.

It made her the first three-time world champion in the history of the race.

Ledecky then teamed up with Mallory Comerford, Kelsi Worrell and Simone Manuel to avenge their Olympic defeat by Australia in the 4x100m freestyle relay at Rio 2016 and win in 3:31.72.

Australia finished 0.29 seconds behind in second as The Netherlands took the bronze medal in 3:32.64.

It was the 11th World Championship gold medal of Ledecky's career.

A superb opening night for the US also brought victory for their men's 4x100m freestyle relay quartet.

Hungary delighted the home crowd with the bronze medal in 3:11.99.