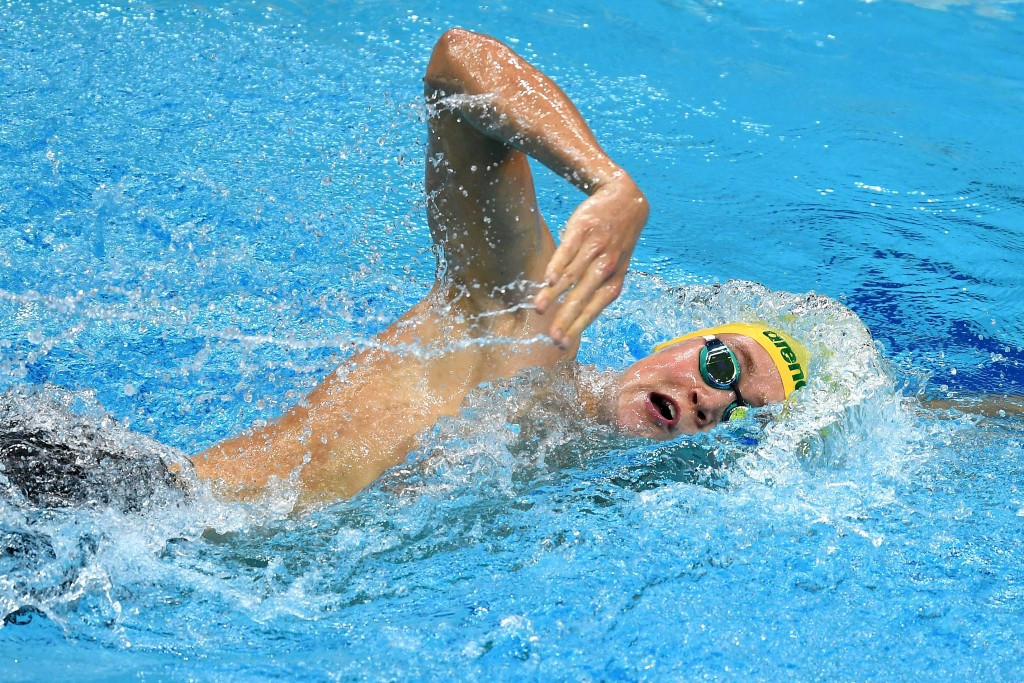 Australian star Mack Horton has criticised the addition of the 800 metres freestyle onto the Olympic programme for Tokyo 2020 adn taken another dig at the chequered doping past of his Chinese rival Sun Yang.

Horton celebrated a "win for the good guys" after a surprise 400 metres freestyle victory over Sun at last year's Olympic Games in Rio de Janeiro.

Sun had served a secret three month ban for doping in 2014 after a failed test for banned stimulant trimetazidine.

The two are due to meet again today as swimming action begins at the International Swimming Federation (FINA) World Aquatics Championships.

Hee insisted he does not regret his comments.

"I think I would still do the same thing, even if I knew the outcome," he was quoted as saying by The Australian.

"I don’t think it changes anything.

"I think it’s a rivalry between clean athletes and athletes who have tested positive, but there should be some good racing."

Horton has also criticised the decision to add the men's 800 metres freestyle onto the Olympic programme for Tokyo 2020.

The event, along with the women's 1,500m and a mixed medley relay, were approved by the International Olympic Committee (IOC) Executive Board last month to take the total number of aquatic medal events to 49.

Horton is due to compete over 400m, 800m, 1,500m and the 4x200m freestyle relay here this week but insists this schedule is too much for an Olympic Games.

"I don’t rate it as an event at the Olympics because the 1,500 is the pinnacle distance event.”

Horton warned that it may lead to athletes choosing between the 400 and 1,500m and thus reduce the quality of each event.

Doping issues are dominating the build-up to the World Championships.

This has once again centred around controversial Russian breaststroke star Yuliya Efimova.

Efimova was only granted permission to compete shortly before Rio 2016 by the Court of Arbitration for Sport after being initially barred due to an IOC rule banning Russian athletes who had served doping suspensions.

The four-time world champion was banned for 16 months in 2013 after failing for the anabolic steroid hormone Dehydroepiandrosterone - or DHEA - the previous year.

Efimova has further fuelled the flames in recent weeks by releasing a range of signature T-shirts, including one which bears the slogan "Go to CAS".

She has also posted on Facebook yesterday that she had undergone her 15th drug test of the year.

The 25-year-old is expected to resume her rivalry with American Lilly King, who repeatedly criticised her during Rio 2016 and claimed it was "incredible to win clean" after a 100m breaststroke victory.