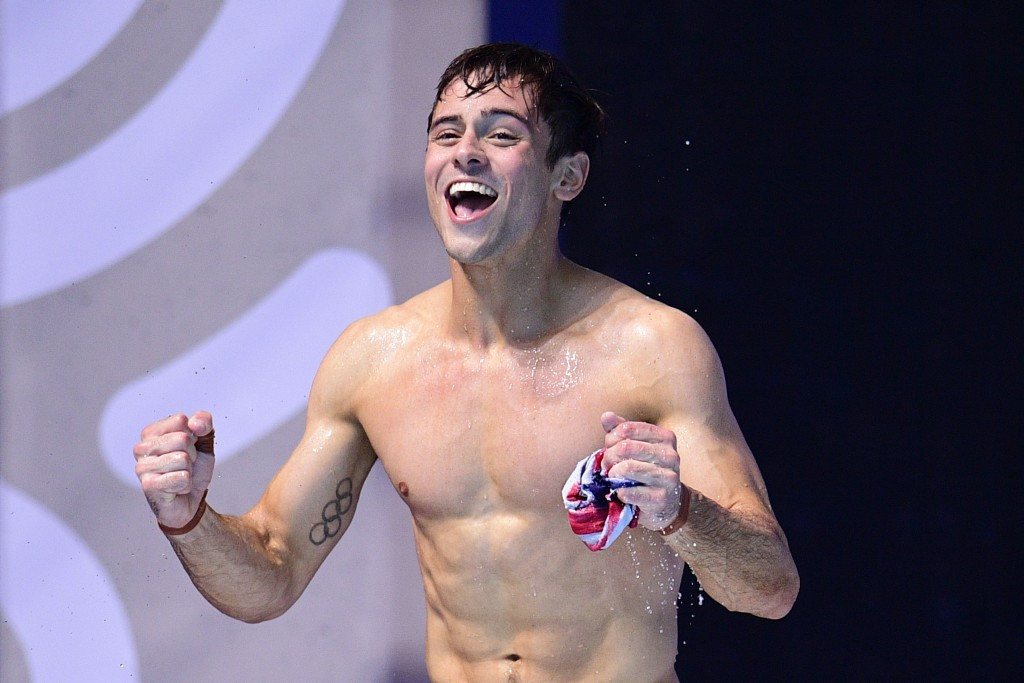 He led from start to finish against a strong field including Olympic champion Chen Aisen of China in the Duna Arena.

A virtually flawless performance was always required to beat the Chinese team, but Daley produced exactly that.

Yang Jian secured another Chinese podium finish with bronze on 565.15.

Daley did not even reach the Olympic final in Rio de Janeiro last year, but his haul today was better than the 585.30 scored by Chen when winning in the Brazilian city.

The Briton is now a three-time world champion having also won the team event alongside Rebecca Gallantree two years ago in Kazan.

The duo scored 308.04 to finish behind Li Zheng and Wang Han's winning haul of 323.70 as China took their eighth diving gold of the week.

Russia, the discipline's dominant nation, did not enter a team.

It came on the same day that FINA approved a name change from synchronised to artistic swimming due to come into operation after the Championships.

Pool swimming competition is due to begin here tomorrow.