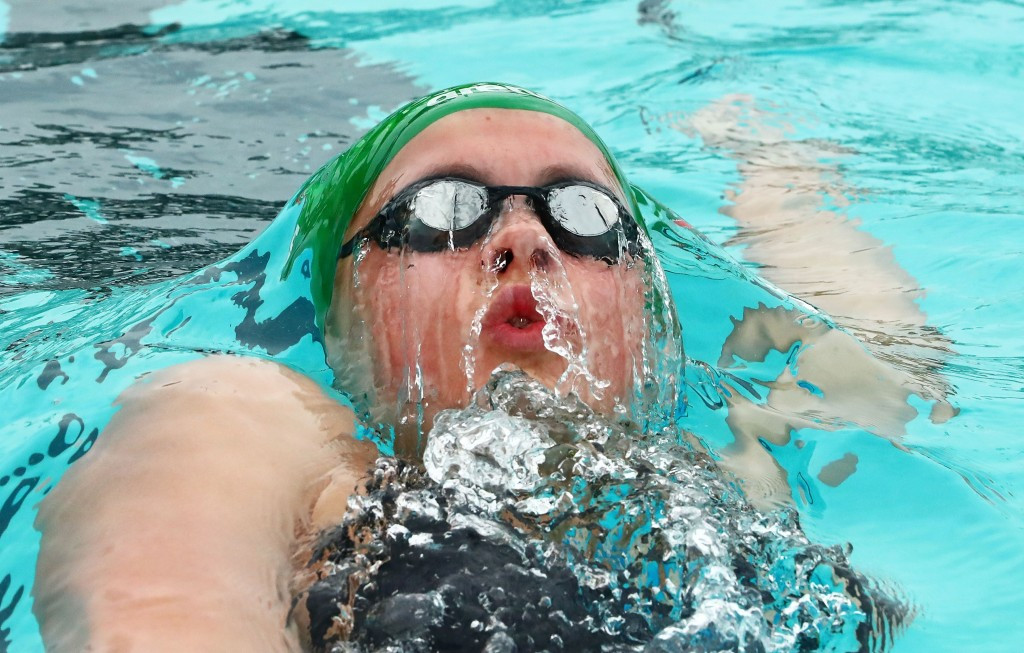 Quah Jing Wen of Singapore was the star of show as she secured two gold medals to bring her overall total to four as South Africa dominated the third night of swimming finals here tonight.

The 16-year-old topped the podium in the girls' 100 metres butterfly and was also a member of the Singaporean relay team which won the mixed 4x100m freestyle event.

Their performances helped South Africa win five of the nine gold medals up on offer this evening.

Quah had completed her individual hat-trick at the sixth edition of the Commonwealth Games by winning the girls' 100m butterfly.

The Singaporean, who caught the attention of those in her native country by setting a National Championships record in the 200m butterfly event earlier this year, was the only athlete to go under the one minute barrier as she finished the race in 59.92sec.

Her time saw her add the 100m butterfly crown to the gold medals she had already secured in the 100m freestyle and 50m butterfly events.

Ciara Schlossan of England held off the challenge of New Zealand's Hannah Bates to clinch the silver medal.

England were second and Scotland were third.

Baxter began by edging Lewis Clareburt by a narrow margin to win the boys' 400m freestyle in 3:53.76 as the New Zealander had to settle for the silver medal.

The 18-year-old South African rounded off another fruitful outing for his nation in the pool as he proved far too strong for the rest of the field in the boys' 200m backstroke, clocking 2:00.90 to comfortably beat James McFadzen of England.

Houlie continued his fine form in the breaststroke as he sealed the 50m and 100m double by powering to victory over two laps in 1:01.86.

Izaak Bastian of The Bahamas won his second medal of the event with bronze,

Venter's team-mate Hanim Abrahams finally won a  gold medal as she enjoyed success in the girls' 100m breaststroke in 1:10.14.

Wales had triumphed in the previous race thanks to the exploits of Lewis Fraser, who clocked 53.87 to defeat Singapore's Dylan Koo and Jung Ong Yi.

Leah Crisp of England claimed the girls' 400m freestyle honours by just 0.07 seconds as she touched the wall in 4:16.36 to beat Northern Ireland's Rachel Bethel .

Swimming's programme at the 2017 Commonwealth Youth Gamed is due to conclude tomorrow when there are another eight gold medals on offer.