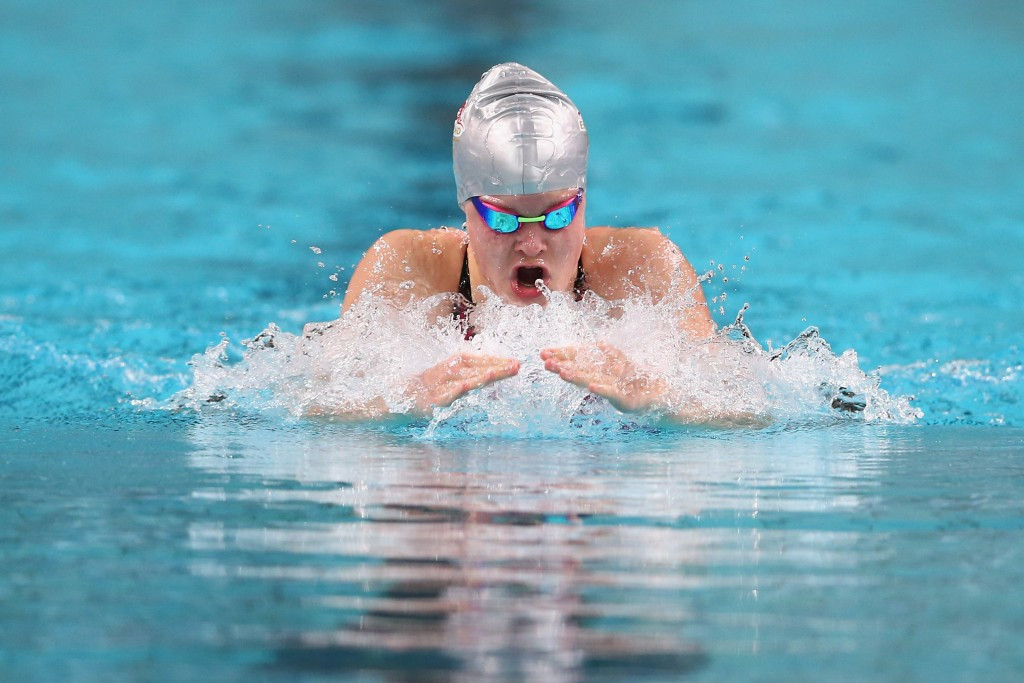 Black's triumph in a time of 2min 31.00sec, handed her a third Commonwealth Youth Games gold medal after she also won the 100m breaststroke race at Samoa 2015.

The 17-year-old, a bronze medallist at the inaugural European Games, where swimming events where held for juniors only, touched the wall in front of Mya Rasmussen of New Zealand.

New Zealand were the star performers in the pool with three gold medals, while South Africa and Singapore each claimed two titles.

Lewis Clareburt of New Zealand put on a sterling display to win the boys' 200m freestyle in 1:49.89.

Jarryd Baxter added to the South African haul with a silver medal.

The bronze was won by Northern Ireland's Jack McMillan.

New Zealand then wrapped up a fruitful evening in style with gold in the boys' 1,500m freestyle held in a time-trial format.

Zac Reid came into the second heat, staged as part of the first set of finals, knowing what he had to do to top the podium and he achieved the feat with some ease, stopping the clock at 15:40.11.

His time was over 10 seconds faster than Australian rival Max Osborn, who had to settle for the silver medal, while James Freeman got Botswana on the board in The Bahamas with bronze.

Luan Grobbelaar, touted as a future star in his native South Africa, led home a one-two for his nation in the boys' 200m breaststroke as he beat team-mate Michael Houlie in a close-fought race.

The 15-year-old clocked 2:16.44, with Houlie taking silver in 2:16.97 and Taichi Vakasama finished third, sealing a rare podium finish for Fiji.

South Africa's other victory tonight came in the girls' 100m backstroke, where Mariella Venter earned the gold medal in 1:02.56.

Wen, who set a Singapore National Championships record in the 200m butterfly event earlier this year, finished in 27.23sec.

Fong finished at the summit of the podium in the boys' 100m backstroke by completing two lengths of the pool in 56.42, defeating Scotland's Scott McLay and New Zealand's Finn Campbell.

McLay had already delivered a gold medal for his country in the second race of the session as he secured victory in the boys' 50m butterfly in 24.53.