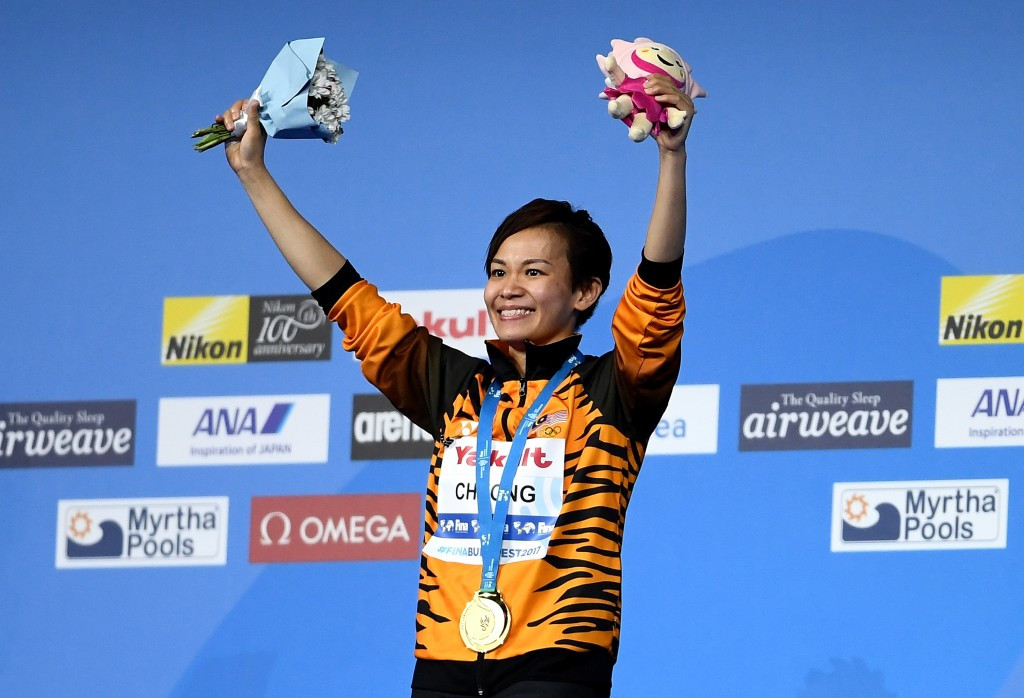 It follows the bronze medal she won earlier in the week in the 10m platform synchronised event in the Danube Arena alongside Pandelela Rinong.

The duo had also claimed silver behind China at the Rio Olympic Games.

But this marks by far the biggest achievement of Cheong's individual career.

The 27-year-old took the lead in the third round before holding her nerve for a total score of 397.50.

Olympic silver medallist Si scored 396.00 for silver while Ren, winner of the gold medal in Rio de Janeiro, was third with 391.25.

Brazil's Ana Marcela Cunha finished a further 0.90 behind in third.