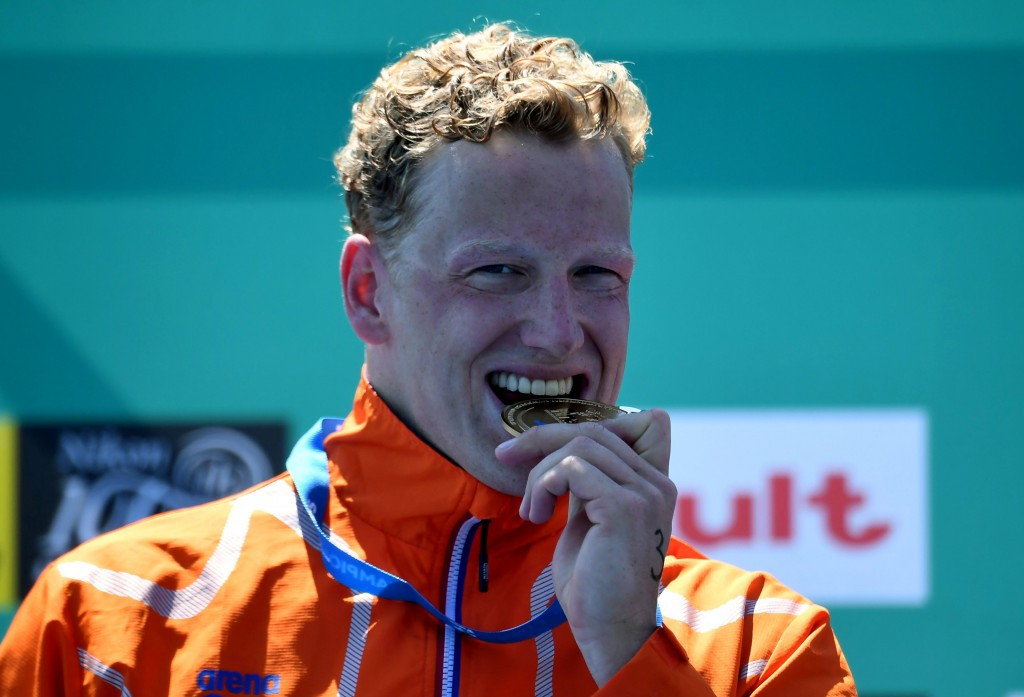 The 25-year-old improved on second place two years ago in Kazan and avenged his defeat to American Jordan Wilomovsky in the Russian city.

Weertman touched first at the International Swimming Federation (FINA)-organised event in Budapest in a time of 1 hour 51min 58.50sec.

He duly won by just one tenth of a second over Wilimovsky to reverse the Kazan result.

Marc-Antoine Olivier, the Frenchman who has already claimed the 5km title in the Hungarian capital, touched a further 0.60 behind in third.

It marks The Netherlands' first-ever men's 10km win at the World Championships.

It marked an identical top three to the 2015 event in Kazan.

France's Matthieu and Laura Marino claimed the final gold of the day in the mixed 3m and 10m diving team event final.