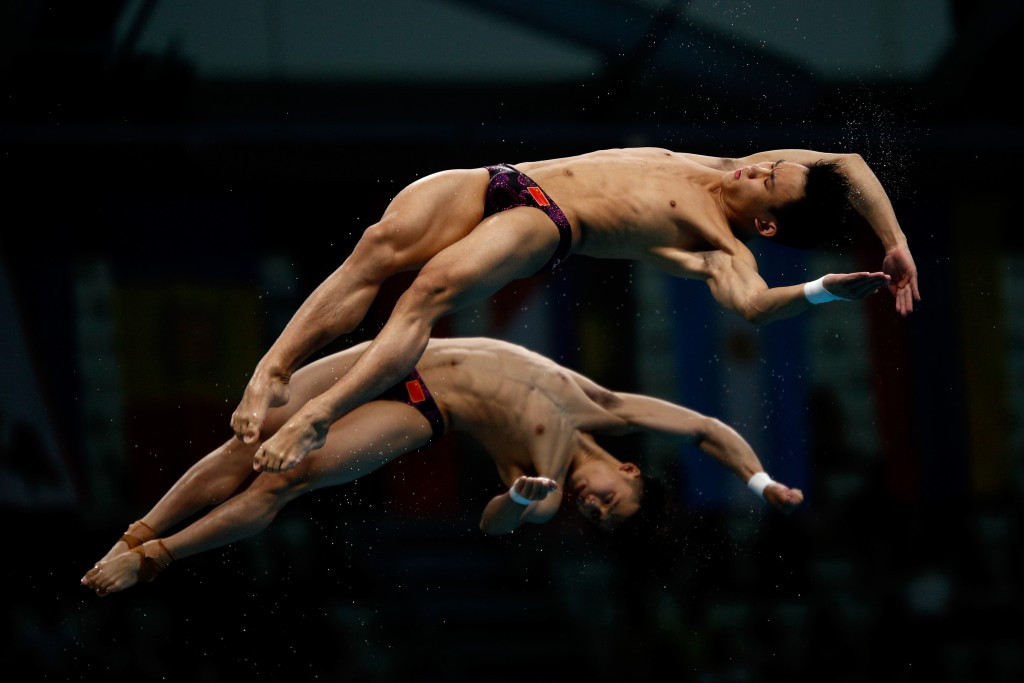 The pairing dominated throughout the six rounds of the final to pull away from each of their rivals to ease to gold.

They finished with a tally of 498.48 points for the competition, with Chen retaining the title he won with Lin Yue back at Kazan 2015.

Russia’s Aleksandr Bondar and Viktor Minibaev were some way adrift on the winning pair, but secure silver with a total of 458.85.

The podium was completed by Germany’s Patrick Hausding and Sascha Klein, who won the title in 2013.

They finished with 440.82, pushing Britain’s Dan Goodfellow and Tom Daley into fourth place.

China’s second gold of the day came through Chang Yani and Shi Tingmao, with the duo winning the women’s synchronised 3m springboard.

They finished with a score of 333.30 to hold off the challenge of Jennifer Abel and Melissa Citrini-Beaulieu of Canada.

The Canadian pair scored 323.43, with Russia’s Nadezhda Bazhina and Kristina Ilinykh rounding off the podium on 312.60.

Gold was earned by Italy’s Manila Flamini and Giorgio Minisini, as they were rewarded for a  strong routine with a score of 90.2979.

It was just enough to beat Kalancha and Maltsev, who scored 90.2639 for silver.

The top three was completed by Kanako Spendlove and Bill May, with the American pairing finishing on 87.6682.