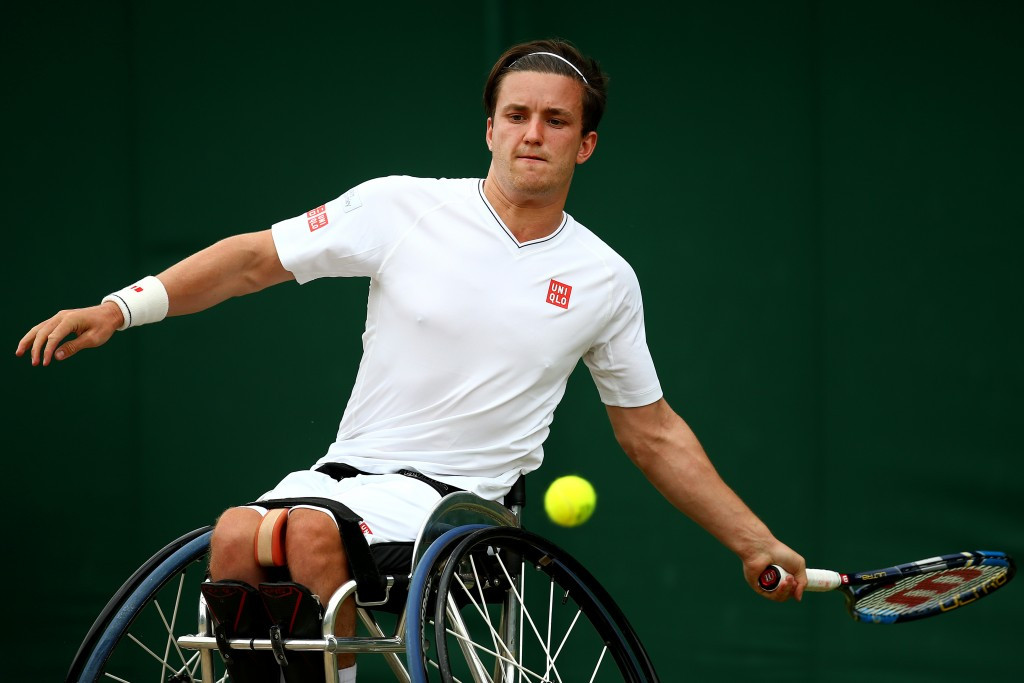 Defending champion Gordon Reid was knocked out in the first round of the wheelchair tennis Wimbledon Championships today.

The Briton, who won gold at the Rio 2016 Paralympic Games, saw his title defence end in misery as he was comfortably beaten by Sweden's Stefan Olsson.

Olsson, who lost to Reid in the final of last year's event, gained revenge as he claimed a 6-2, 6-3 success to reach the semi-finals.

The 19-year-old will play Argentina's Gustavo Fernandez, who he beat in the final of the French Open last month, for a place in the final.

Shingo Kunieda of Japan is also through to the last four after recording a 6-3, 6-2 straight-sets win over The Netherlands' Maikel Scheffers.

The Paralympic gold medallist and top seed was beaten 6-3, 6-2 by compatriot Aniek van Koot in the first round.

There was two disappointing results for Britain in the women's action.

Lucy Shuker was comfortably beaten in her opening round match.

Germany's Sabine Ellerbrock won the fourth quarter-final after coming through in three sets against Marjolein Buis of The Netherlands.