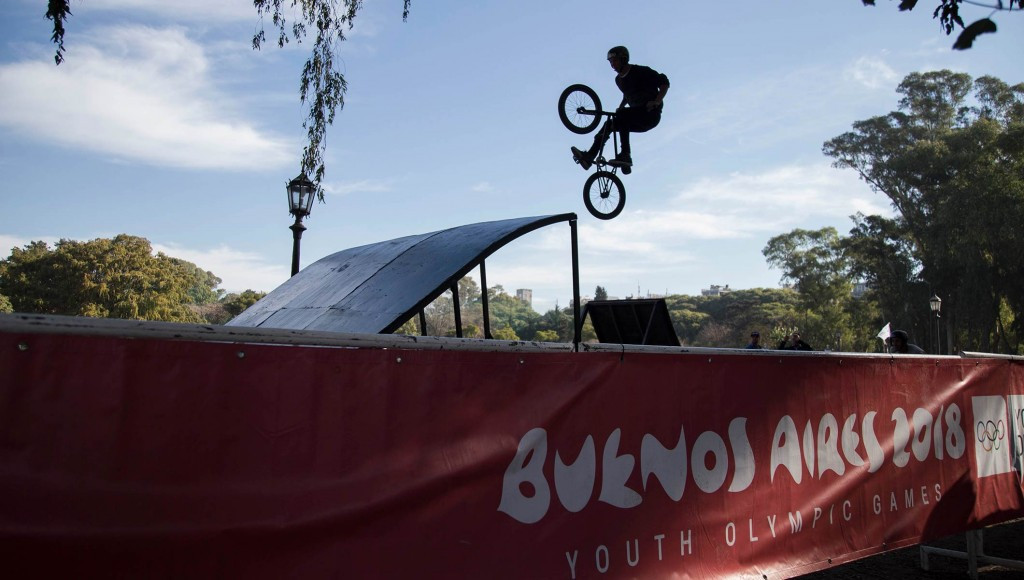 Squash and polo have been confirmed as showcased sports for the 2018 Summer Youth Olympic Games following the fourth International Olympic Committee (IOC) Coordination Commission visit to the Argentinian capital.

The two sports will feature at the Games in addition to the confirmed sports programme,

Roller sports, skateboarding, sport climbing and wushu were featured in the Sports Lab at the second edition of the Games.

Skateboarding and sport climbing have since been added to the Olympic Games programme for Tokyo 2020.

Sports initiation, a concept where people can try out sports, will be organised in 30 sports which have a youthful focus.

This will include urban table tennis, bossaball, roller freestyle, baseball/softball, frontball and slackline.

Polo last featured in the Olympic Games at Berlin in 1936 when Argentina won the gold medal by beating Britain 11-0 in the final.

Argentina had also won the gold medal at Paris 1924.

In total, the sport has featured as an Olympic medal event at five Games having also appeared at Paris 1900, London 1908 and Antwerp 1920.

Squash has never appeared in the Olympic Games but bid unsuccessfully for London 2012, Rio 2016 and Tokyo 2020.

"Instead of waiting for young people to come to sport, the Games will aim to bring sport, culture and education to millennials and get them involved through interactive activities.

"It will be an open event for everyone to enjoy and will have a strong focus on sustainability."

Buenos Aires 2018 have also confirmed access to the four Youth Olympic Games parks will be free to maximise public participation and allow them to experience elite sport competition, music, culture and arts festivals, and educational programmes.

Organisers revealed the move at the IOC Coordination Commission meeting, where the four park concept was the central focus of discussions.

The Youth Olympic, Green, Urban and Techno Parks will all feature a mix of sport, culture and education activities in a festival style atmosphere.

It is hoped the approach will utilise open, temporary venues and organise competitions in urban locations where people naturally gather.

The IOC believe the model will act as a testing ground for the Olympic Movement as the programme is shifting towards a more youth-focused and urban setting.

Commission chair Li Lingwei led the visit for the first time, having replaced Frank Fredericks when he "provisionally suspended himself" from the IOC while he seeks to clear his name after being linked to suspicious payments made shortly before Rio de Janeiro was awarded the 2016 Olympic and Paralympic Games in 2009.

China's three-time world badminton champion was impressed by youth engagement projects carried out by organisers, with over 1,000 sport and cultural activities in schools and neighbourhoods having taken place.

This included the unveiling of a 55-metre-high mural of Olympic judo champion Paula Pareto.

"We are delighted to see Buenos Aires 2018 engage with hundreds of thousands of people across the city, and we look forward to seeing the outreach nationwide in the coming months," said Li.

"In line with the YOG spirit, the organisers are actively involving young people in key projects such as the pictograms, slogan and mascot design, and sports presentation.

"This not only empowers them, but allows young people to create their own legacy around the Games."

Commission members visited the Youth Olympic Park, the main construction project of the Games, which is claimed to be ahead of schedule for delivery at the end of 2017.

The Park is viewed as a major social and urban renewal project in the south of the city, which comprises the Youth Olympic Village and the Youth Olympic Centre, a new facility that will host 15 of the 32 sports.

The Athletes' Village will become affordable housing after the Games and the Youth Olympic Centre will become the new home for Argentina’s high performance sports facility.