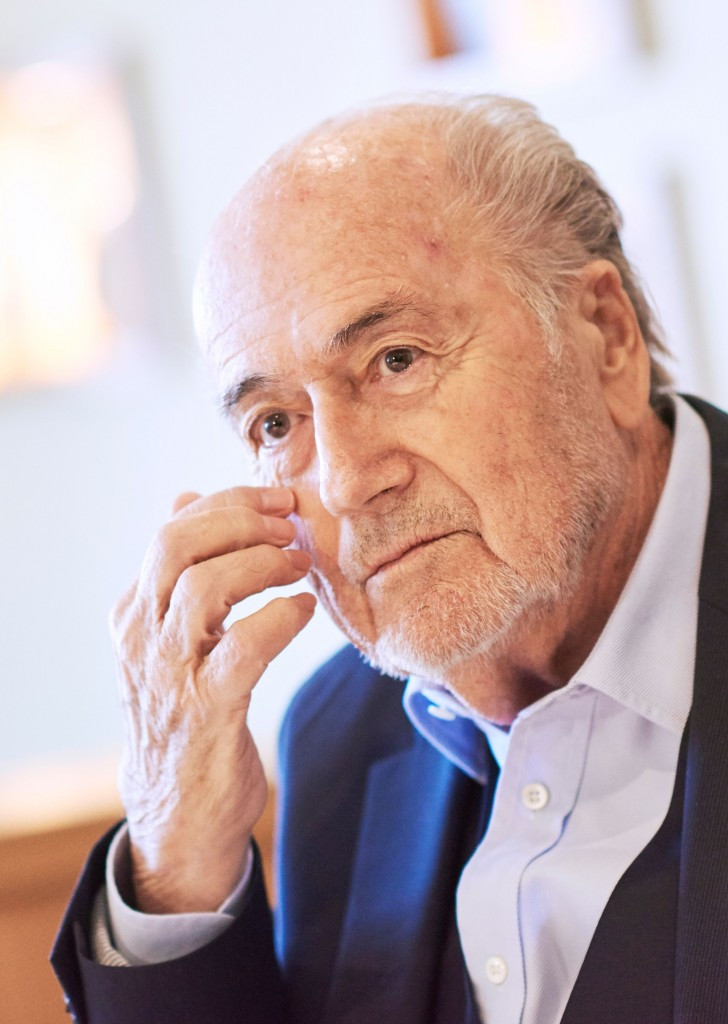 Sepp Blatter, the disgraced former President of football’s world governing body FIFA, has said he has been invited by the Russia's leader Vladimir Putin to attend the 2018 World Cup.

Blatter, who is serving a six year ban from all soccer-related duties imposed by FIFA's Ethics Committee after the corruption scandal at the Zurich-based body, has said in the past that he has been advised by lawyers not to travel abroad.

This is due to widespread international investigations into corruption at FIFA are ongoing.

However, he has insisted he would be in Russia next year for the competition after receiving an invitation from the nation's controversial President.

“Vladimir Putin has invited me.

"I may only not be used as a referee, but everything else is possible."

Blatter said earlier this year he was not a suspect in the soccer-related corruption investigations underway in the United States.

He is, however, the subject of a criminal proceedings in Switzerland, although has not been formally indicted.

Several dozen soccer officials, including some from FIFA, were indicted in the US in 2015 on corruption-related charges, but the Swiss was not among them.

Blatter and ex-UEFA president Michel Platini were banned from all official soccer-related duties in 2015, initially for eight years, over a CHF2 million (£1.6 million/$2 million/€1.8 million) payment FIFA made to the Frenchman in 2011, with Swiss' approval, for work done a decade earlier.

The 81-year-old, who led FIFA from 1998 to 2015, added that he is certain the hosts did not dope during the 2014 World Cup in Brazil and that the hosts will be allowed to play at the tournament despite the allegations being levelled against them.

FIFA is still investigating claims that footballers were among the Russian athletes who were involved in or benefited from an elaborate state-sponsored doping scheme, although current President Gianni Infantino told reporters on Saturday that all tests on the team from the last World Cup came back clean.

"The Russians will play," said Blatter.

"For the World Cup in 2014 there were extensive doping tests carried out, also on the Russians.

"I don't believe that any were doped, but let's wait."