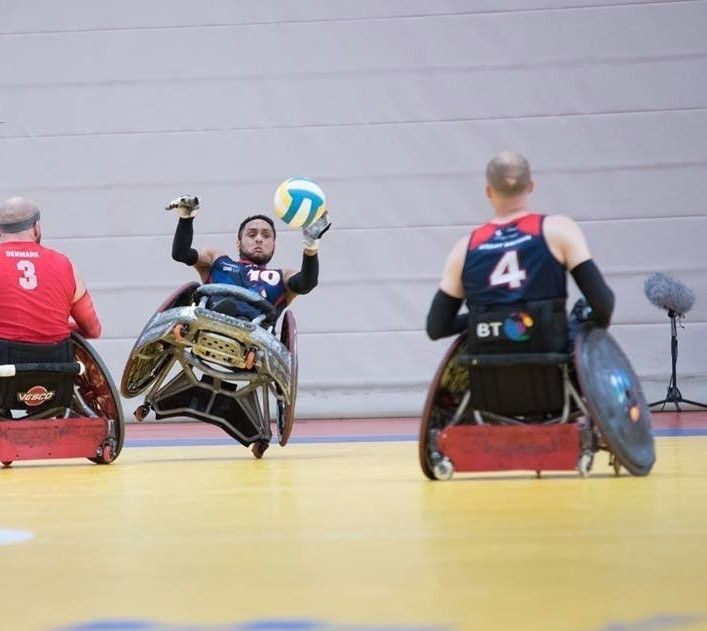 Great Britain retained their International Wheelchair Rugby Federation (IWRF) European Championships title in Koblenz with a 49-41 victory over Sweden - the team they beat in the last final two years ago.

At the 2015 Championships in Finland, the margin in the final was only one point, as Britain won 49-48.

But two years on there was a little more leeway for Paul Shaw’s team against a Swedish side that had come from behind to beat Denmark by a single point in their semi-final at the Conlog Arena.

With their latest success, Britain extended their record of having won the most titles since this competition started in 1995.

Sweden, who had Tobias Sandberg voted Most Valuable Player of the tournament, are second on the overall list, having won gold four times.

Earlier in the evening, France claimed the bronze, their first medal in these championships, by defeating Denmark 53-48.

Poland earned fifth place with a 46-39 win over host nation Germany and seventh place went to Ireland, who defeated Finland 52.-43.

This tournament was a direct qualifier for the IWRF 2018 World Championships that will be held in Sydney.

The top four teams will be invited.

Teams who have finished outside the top four will have a second chance to progress through a qualification tournament to be held in early 2018.