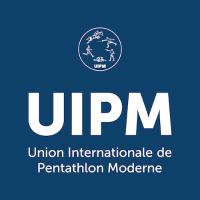 The International Modern Pentathlon Union (UIPM) has claimed the doping case surrounding banned Russian Maksim Kustov concerns the athlete’s biological passport and is not related to the McLaren Report.

Kustov, excluded from last year's Olympic Games in Rio de Janeiro after being named in the report, was given a four-year ban by the Russian Anti-Doping Agency (RUSADA) this week, backdated to October 2016.

He tested positive for trenbolone, methenolone and oxandrolone when his samples were analysed in a Moscow laboratory in August 2014 although it was alleged in the report "that the findings were not reported as such".

RUSADA claimed Kustov had now broken a rule regarding the use or attempted use of a banned substance but did not clarify which substance was involved or whether the case was connected to the McLaren Report.

The UIPM has told insidethegames in a statement, however, that from the information it has been provided by RUSADA, the case is not related to the McLaren Report and concerns Kustov’s biological passport.

"UIPM will publish a full statement once internal procedures have been completed," the world governing body added.

Former world champion Ilia Frolov of Russia was also excluded from Rio 2016 having tested positive for the same three steroids as Kustov.

Like Kustov, he was implicated in what Canadian lawyer Richard McLaren described as the "disappearing positive methodology" - where positive samples were switched for clean ones.

Frolov, winner of the individual title at the 2008 World Championships in Budapest, was due to be a reserve for the Rio 2016, while Kustov's place was taken by Ruslan Nakonechnyi of Latvia.

The IOC, who decided against imposing a blanket ban on Russians at Rio 2016, instead leaving the responsibility to the International Federations, ruled any competitor implicated in the damning McLaren Report would not be eligible for the Olympics.