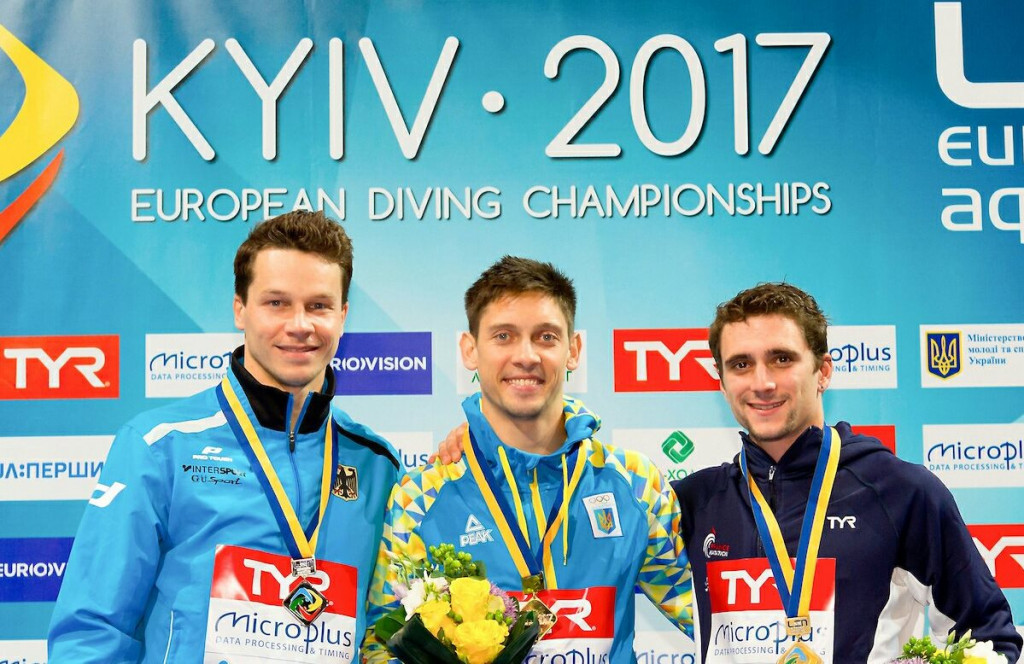 Ukraine’s Illya Kvasha made it seven men’s one metres springboard titles at European Diving Championships today after triumphing in front of a home crowd in Kiev.

Kvasha took the lead after the fourth dive and secured victory with a total of 431.75 points at the Liko Sports Centre.

It ensured the host nation their first gold medal of the Championships.

"That was my seventh European title on the one metre springboard since 2008," Kvasha said.

"The support of the audience helped me a lot.

"Coming to the end of the competition I knew that I was leading.

"But I only realised after the last dive that I had won.

"I hope I can repeat this performance in my next events here."

Only 0.1 points separated the pair after the fourth round but a strong last dive from 2014 champion Hausding secured the silver medal with 419.80 points.

The 2015 champion Rosset, winner of the gold medal in the team event on the opening day of the Championships, had to settle for bronze on this occasion with 412.95 points.

In the women’s 10m synchronised platform event, Great Britain’s Ruby Bower and Phoebe Banks went in front after the fourth of the five dives and ultimately came out on top with a total of 299.19 points.

Russia’s Iuliia Timoshinina, together with her new partner Valeriia Belova, claimed the silver medal with 297.00 points.

Ukraine’s Valeriia Liulko and Sofiia Lyskin were able to win bronze in the first major final of their careers, scoring 288.96 points.

"This was an exciting competition with a completely surprising end for us," Bower said.

"As the youngest duo today, we would never have expected to win, especially since this was one of our first synchro competitions together."

Action in Kiev is due to continue tomorrow with the men’s 10m synchronised platform and women’s 3m springboard events.

The European Championships are the final major opportunity for the continent's divers to compete before this year's World Aquatics Championships, due to be staged in Budapest between July 14 to 30.