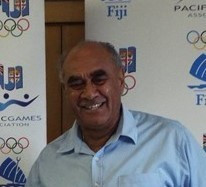 Fiji Association of Sports and National Olympic Committee (FASANOC) President Joseph Rodan has warned they are not prepared to step in as a potential replacement host for the 2019 Pacific Games.

The event could need a new host if financial concerns within Tonga are not addressed before June 30.

Last month, the Pacific Games Council (PGC) said they had received confirmation from Tonga's Government that they would not be able to provide funding.

This sparked a row between the PGC and the Government, with claims being made that money had already been set aside to pay for the event due to be held in Tonga’s capital Nuku’alofa.

If the financial concerns are not addressed before the end of this month the PGC have threatened to sue the Tongan Government over a breach of contract and find an alternative host.

This has alerted other Pacific nations with the chance to stage the Games, including Fiji, who had initially expressed an interesting in hosting.

In a FASANOC statement released today, however, the organisation said Fiji will now not be putting themselves forward as a replacement host following a series of consultations.

"While Fiji has most of the facilities and organisational support required, Fiji is standing back in favour of another Pacific country," Rodan said.

"Fiji hopes, in time, to be able to organise another benchmark event as it did in 2003.

"I am disappointed at Tonga’s withdrawal, but I understand that several countries have since expressed interest in stepping in to host the 2019 Pacific Games."

On June 7, Tonga’s Prime Minister 'Akilisi Pōhiva said he wanted to focus the country’s finances on more important areas of the economy and that the decision to withdraw from hosting the Games was "final".

Papua New Guinea, who hosted the Games in 2015 in Port Moresby, have already stated they will not be considering a bid to host the 2019 edition.