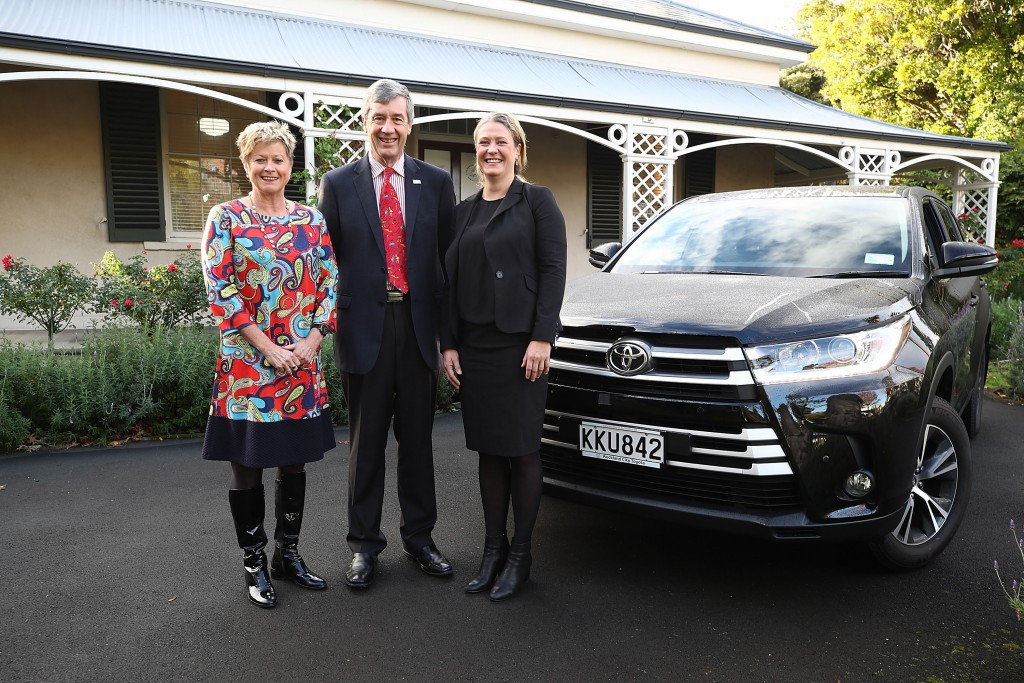 The scope of the global contract covers all major Olympic and Paralympic events, including the Pyeongchang 2018 Winter Games , the 2018 Summer Youth Olympic Games in Argentina’s capital Buenos Aires and the Tokyo 2020 Summer Games.

"It takes huge motivation, determination and self-belief to compete at the Olympic Games," Kereyn Smith, chief executive of the NZOC, said.

"Toyota understand this and their global partnership will help support the success of Olympians around the world.

"We are also excited that Toyota’s commitment to sustainability will help deliver a positive Games legacy at Tokyo 2020."

"New Zealand has been recognised amongst the top strategic markets for the Paralympic partnership globally and we are thrilled to have secured Toyota’s long-term support.

"I am excited about what this may mean for aspiring Para-athletes in communities across New Zealand."

Toyota intends to use Tokyo 2020 in its home country of Japan to highlight its capacity as a sustainable mobility company with a fleet of environmentally friendly buses as well as a range of hybrid, electric and hydrogen-powered vehicles.

"One of our 'Believe' statements is 'that if you can dream it, you can do it'.

"This seems to personify the passion that all sportspeople have to excel in their chosen sport.

"The Olympic and Paralympic Games capture the world’s imagination and inspire millions everywhere to aspire to be the best they can be."

With Olympic, world and Commonwealth shot put champion Valerie Adams as one of its brand ambassadors, Toyota New Zealand is already associated with the Olympic Movement.

In line with the Olympic Agenda 2020, with sustainability as one of its key pillars, Toyota plans to work with the Olympic and Paralympic Organising Committees through to 2024 to provide sustainable mobility solutions for the Games.

It is hoped this will help with safer, more efficient mobility, including intelligent transport systems, urban traffic systems and vehicle-to-vehicle communications systems.

The partnership, it is claimed, will help deliver a mobility legacy in the host cities and countries.

The IOC and IPC use their discretion to determine how the funds are allocated to further the Olympic and Paralympic Movements.

Locally, the details of the support provided by Toyota New Zealand to the NZOC and PNZ have yet to be finalised.