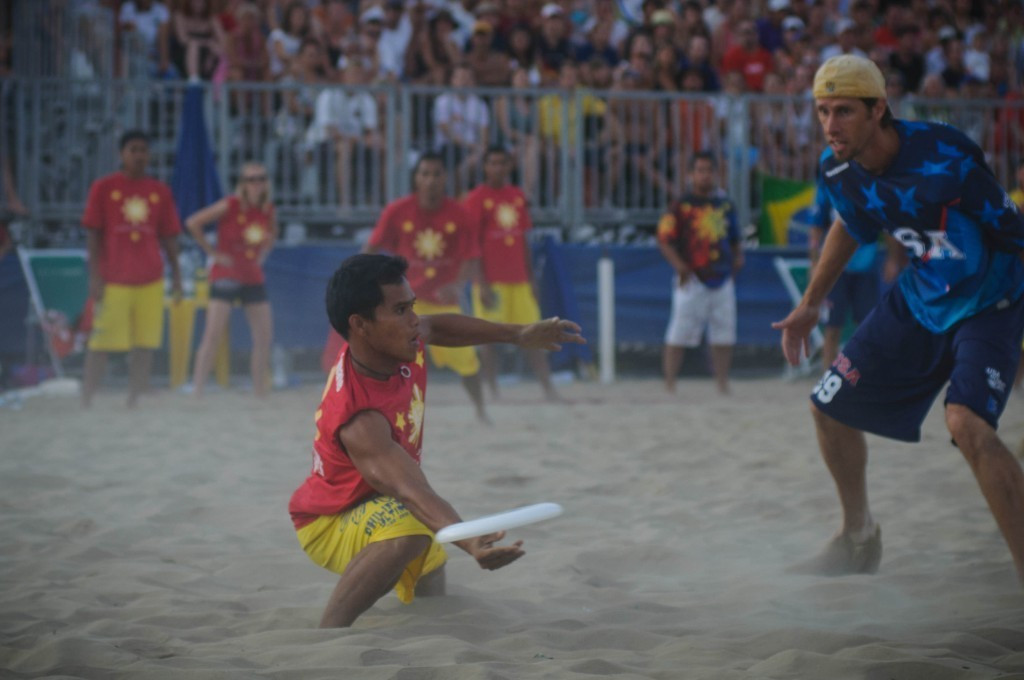 The World Flying Disc Federation (WFDF) has announced plans to live-stream the 2017 World Championships of Beach Ultimate in Royan in France.

Due to take place between June 18 and June 24 at Plage de la Grande Conche, the WFDF are looking to broadcast 120 games through simultaneous coverage of three pitches.

Action from the main venue, a 4,000-seat arena, will be covered by five cameras and free to watch.

The action from pitches two and three will be hosted on Fanseat.com, which requires a subscription but does offer a free one-month trial.

WFDF is also partnering with leading Facebook portal and sports platform UNILAD, which will present several games and short features to its viewership of one billion weekly worldwide users.

"We are excited to have struck a partnership with Fanseat to deliver three times the coverage we planned on our own," said WFDF President Robert Rauch.

"This will allow us to provide access for fans of all participating countries to follow the action over the entire week.

"And, by adding UNILAD and introducing its huge audience to live ultimate, we hope to expand awareness of the sport in a big league way.”

More than 1,200 athletes from 30 countries are expected at the Atlantic Ocean resort in the south-west of the country.

Rauch claimed 200 entries for the competition had been submitted and as a result, team sizes and registrations have been restricted for the event, with 15 players in each side alongside one non-playing member.

The tournament, which will be in its fifth edition in 2017, will be held in association with BULA, the WFDF's official beach ultimate and beach lifestyle partner.

The last World Championship was held in Dubai in 2015.

Alterations to rules in the discipline of beach ultimate were approved by the WFDF Board of Directors in April and will be used in Royan.

The changes, which include setting the length of timeouts to 90 seconds with one permitted per game and using fluorescent yellow game discs in all matches which are broadcast, came into effect on April 1.