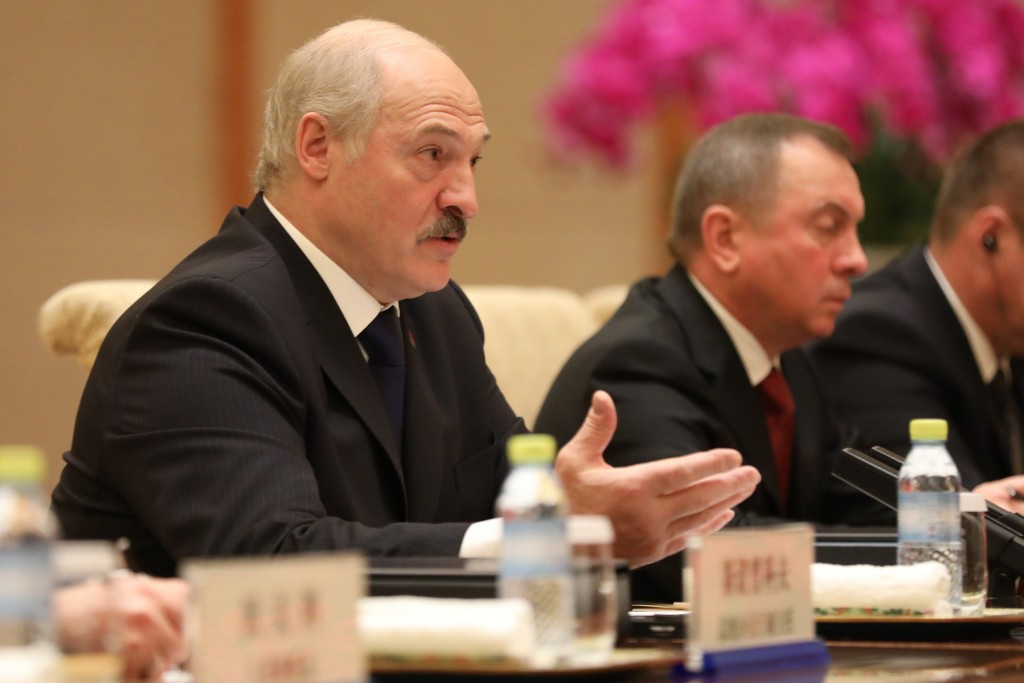 His warning coincided with the National Olympic Committee of the Republic of Belarus (NOC Belarus) announcing plans to file a lawsuit against the International Canoe Federation (ICF).

The ICF revealed to insidethegames on Tueday (May 30) that they will not pay compensation after male athletes from Belarus were banned from competing at last year's Olympic Games in Rio de Janeiro.

The country was banned by the international governing body for a year in July due to doping allegations surrounding alleged use of the drug meldonium.

This was overturned in January by the Court of Arbitration for Sport (CAS).

It was ruled that there was "insufficient evidence" surrounding several of the cases.

Only female paddlers from the country had been allowed to participate at Rio 2016.

"We will go to court if they do not agree to a peaceful settlement," NOC Belarus secretary general Anatoly Kotov told BelTA.

"The lawsuit will be prepared quickly."

Lukashenko was re-elected as NOC Belarus President unopposed on Tuesday.

According to BelTA, he criticised International Federations for not better protecting athletes during the conference in which he was re-elected.

"The idea to ban athletes, who use doping, from taking part in Olympics, is debated all over the world," he said.

"Certainly, we should toughen punishments for such violations but it is only one facet of the problem."

Lukashenko claimed that rowers and weightlifters from the country could have won medals at Rio 2016 if they had not been barred from competing.

"Knowing the overall situation, we should have acted to forestall such an outcome," he said.

"Some of the complaints of the International Olympic Committee have been neutralised but it turns out that on the global scale the sport federations are not ready to protect themselves.

"They know neither international procedures nor what they have to do in an emergency.

"Nobody needs proof these days.

"They need only pretence.

"The policy of punishments first and investigations later is in use."

Belarus has a reputation for a poor record on doping.

In athletics, shot putter Nadzeya Ostapchuk was stripped of gold medals won at the London 2012 Olympics and 2005 World Championships for separate failures.

Tsikhan, meanwhile, was elected to the Executive Committee of NOC Belarus on Tuesday.

Seven Belarusian weightlifters have also been retrospectively disqualified from the Beijing 2008 and London 2012 following positive retests.

The country is in line for a one-year ban from the sport for multiple failures.

It comes as Minsk prepares to host the second European Games in 2019.