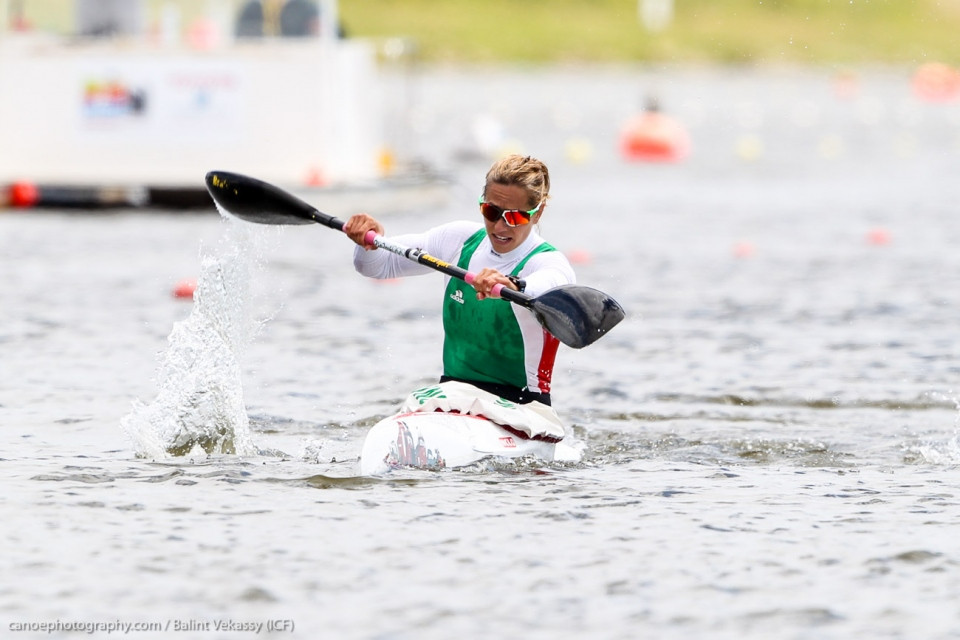 The 36-year-old, a seven-time world champion, finished second in her semi-final in 1min 54.77sec.

Slovenia's Anja Ostermann finished one hundredth of a second in front to finish first.

“I have felt better, but it is only early in the season so I hope with every race I will get better.”

He was edged out by Czech Republic's reigning world champion Martin Fuksa.

They each qualified straight for the final.

Britain's Rebeka Simon was an impressive K1 500m winner in 1:53.18 in her heat to qualify directly for the final.

“It’s good to get the first one out of the way, the first International of the season, so it’s a good start,” Simon said.

“After being out yesterday it’s not really that bad.

"But at home we train on Nottingham Lake, and it’s ten times worst, so we’re used to it.”

Other major names in the sport to star on the opening day of competition included New Zealand's Olympic champion Lisa Carrington.

Action is due to continue over the weekend.