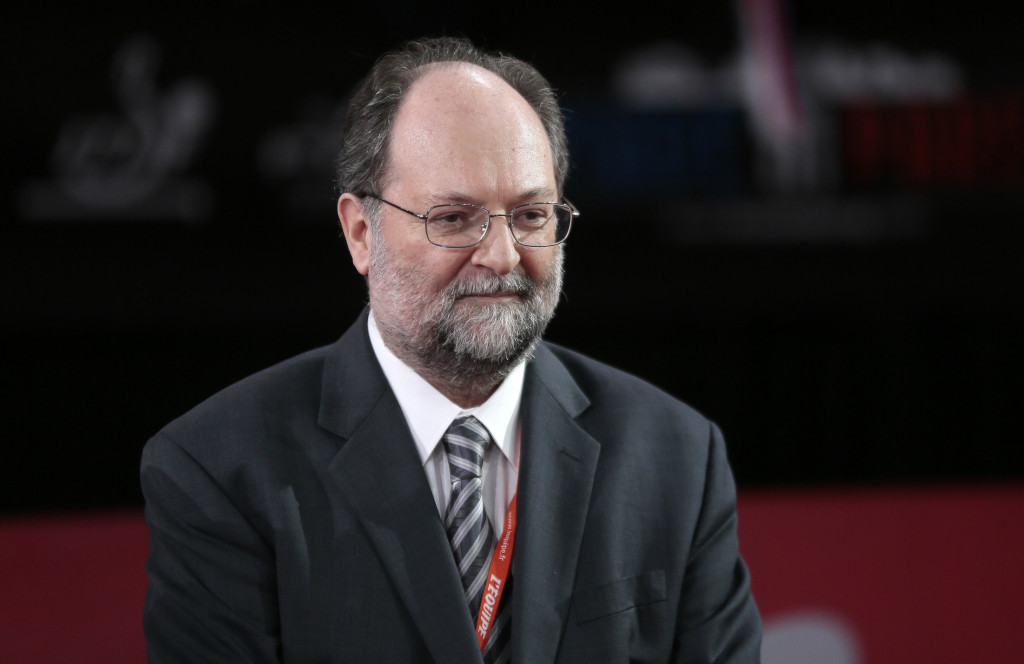 A row between the President and chairman of the International Table Tennis Federation (ITTF) has erupted into the open with less than two weeks to go until an Annual General Meeting where elections will be held for the leading job at the world governing body.

German President Thomas Weikert is accusing Canadian chairman Adham Sharara of improper interference in the election by "actively promoting" the campaign of his sole challenger for the top role, Jean-Michel Saive of Belgium.

The dispute marks a remarkable breakdown in relations between two individuals who were once close allies.

Sharara stepped down after 15 years as President in 2014 in order to assume a new and largely symbolic position of chair.

However, he is responsible for chairing the AGM in Dusseldorf in May 31.

Weikert, who Sharara maneuvered into a first vice-president position in order to replace him, served three years as head of the organisation but is now seeking formal election to the position for the first time.

“As ITTF chair, Mr Sharara is responsible for overseeing the election process and chairing the ITTF Annual General Meeting when the Presidential vote will take place.

"I have consulted with the ITTF Executive Committee and independent legal advisors, and I believe this interference in the election campaign by Mr Sharara is improper.

“I am in favour of full transparency and to protect the integrity of the ITTF elections, my view is that the ITTF chair should be a neutral figure who cannot campaign on behalf of a candidate.

"I hope this matter is settled soon so the remainder of the election period is conducted with fairness and good ethics.”

Sharara has already excused himself from chairing the electoral portion of the AGM, handing over this responsibility to a legal counsel recommended by the ITTF auditor.

This will be Gianni Fera, an attorney-at-law from Geneva-based Mazars SA.

The Canadian has also pointed out that Weikert himself is openly supporting candidates for different vice-presidential positions.

He was initially a Presidential contender before withdrawing to focus on defending his first vice-presidential position, while formally backing Weikert for the top job.

"In my capacity as ITTF chair I follow our constitution and our rules," Sharara told insidethegames.

He explained that he informed all ITTF officials the AGM procedures on May 4 and the name of the legal counsel on May 13.

"I received objections from Thomas Weikert on both communications," he added.

"In particular he objects to me appointing the independent supervisor and indicated that the Executive Committee should name an 'interim chair' to replace me.

"There is no such provision in the constitution unless I would resign my position.

"I am of the opinion that the Executive Committee cannot, just before an election, name a new chair when in fact seven out of the nine current members are themselves candidates, including Thomas Weikert.

He added: "I don’t believe in being muzzled because I do not support a particular candidate.

"When I honestly expressed my opinion to Thomas and told him frankly that I had lost trust in him, and I felt that the feeling was mutual, he became very antagonistic towards me.

"I was expecting a professional understanding and a divergence of opinions - nothing more.

"The fact is that this election is not about me, and should never be about me.

"We have two candidates and everyone is free to support whomever candidate they want, Thomas himself campaigns for some vice-presidential candidates.

"This is part of any political election campaign, as long as all is done within the limits of our constitution and our rules and that should also apply to me.

"I disagree with Thomas’ opinion about my position, but he is free to have such an opinion, as long as it remains an opinion.

"I believe that the focus now must be on having a successful AGM and a smooth election process void of any controversy.

"The focus should be on the candidates running for positions and not on peripheral distractions."

The dispute is threatening to overshadow the election and threaten the ITTF's reputation as one of the best-run Olympic International Federations.